All posts by D. Schrute

@Bandana Waddle Dee 003 It's an amazing game, but people seem to love it and especially Magolor more than every other game.

I mean I get the Magolor thing, but HE'S IN OTHER GAMES!

If Smash was Kirby canon the abilities Kirby gets from his opponents would be borrowed from his own franchise.

The meme nova has been defeated

I related to you a LOT on the popularity thing. I always wondered why people were so in love with the game; is it because it was the first really really proper 3D game n the franchise? And the same with these games like FNF and Fortnite (AAAAAAA I HATE FORTNITE).

Among Us is good though.

I agree with you on K&TAM and KSS here; they have mostly underwhelming soundtracks (even though KSS was the source of many a remix), but there are many hidden gems such as Marx's theme, Meta Knight's themes, Gourmet Race, the boss battle music in both games, and Dark Mind's theme.

For some reason, everyone loves Bubble but always forgets about it.

A reply to AWESOME CLASHER556
0

I can see why you didn't go for Triple Deluxe.

A reply to Conner plant
0

You asked who was in the closet; I said Meta Knight and a juicebox!

A reply to Conner plant
0

Meta Knight and a juicebox

I'd rather the latter lol

Seriously this is what's in my mind in the middle of the night.

But not this in particular because it's already been confirmed that the anime is not canon.

(edited by D. Schrute)
A reply to Conner plant
0

Meta Knight and a juicebox

YESS YOU GAVE ESP A LINE

Well, he dodges left and right, but even so, his Warp Star IS known to travel past the speed of light.

Kirby: Right Back At Ya is not canon in the Kirby games.

That's okay, you don't need to apologize! I still believe your theory; just pointing out the gaps.

You have a strong argument, and to speak the truth I agree with you. However, there are some holes.

1. Adelaine may appear human, but she could be a descendant, which is especially implied by the time setting based on Shiver Star's Earth-like appearance. Humans may have evolved since then; check out the Game Theorists Among Us theory below to see what I mean (he mentions size eventually). 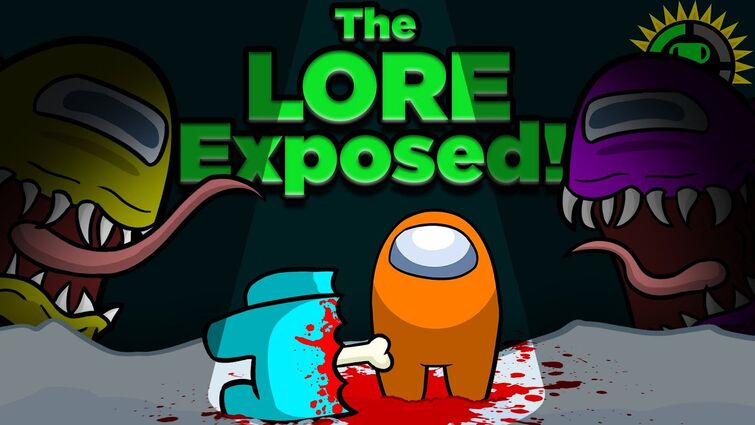 Game Theory: Among Us Lore, You Will ALWAYS Lose!YouTube

3. The commercials aren't necessarily canon. They could be compared to Kirby: Right Back At Ya! 's size differences.

4. Is this the same universe as Metroid, though? There has proven to be multiple dimensions throughout the Kirby span of existence; this could be a different Samus. Cameos never correspond with canon without an explanation like this.

And see 1. for Shiver Star.

In Kirby's Return to Dreamland, you fight HR-D3 in the True Arena.

In Kirby: Planet Robobot, you fight Dedede Clones and D3.

Susie transformed D3 into a cannon to fit the clones before returning to this dimension in the Starcutter.

...Which means Magolor stole it from the Ancients as well as the Starcutter.

What else has he stolen?

If you have information, call or text (13)171-512-1518. We at INTERDIMENSIONAL DETECTIVES INCORPORATED thank you for your assistance.

I actually laughed out loud at this, no kidding. Please make more of these.