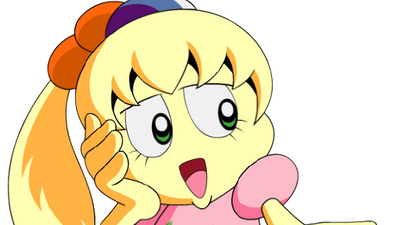 Tiff is the deuteragonist in the anime Kirby: Right Back at Ya!. She is the daughter of Sir Ebrum and Lady Like and the older sister of Tuff who lives with in King Dedede's castle. Besides Meta Knight, Tiff is known to be the most intelligent inhabitant of Dream Land and she is the only one who... 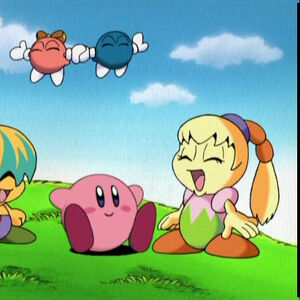 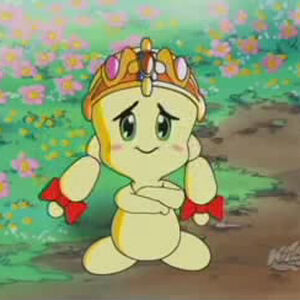 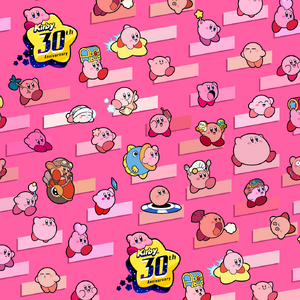 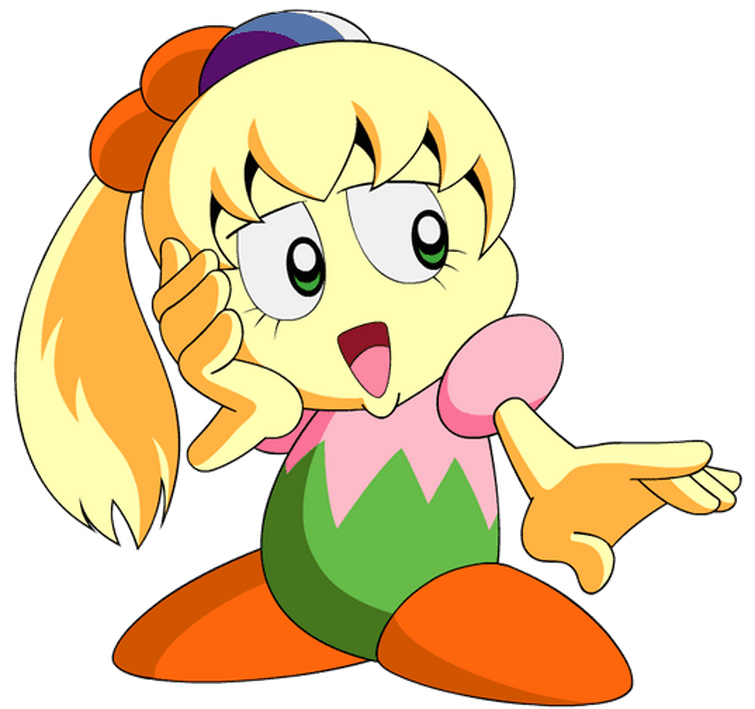 Kirby: Right Back at Ya!Tiff

I went to multiple Kirby posts and forums and some people say that she is a Mary Sue in Kirby Right Back at Ya while others say that she isn't. So now I want an answer from this wiki. Is she or is she not a Mary Sue?

The idea of making a Kirby Analog Horror wasn't inspired by Maple Riot, I had the idea before they made that video, I just didn't make them yet. So far only three episodes so far. I will make more later. 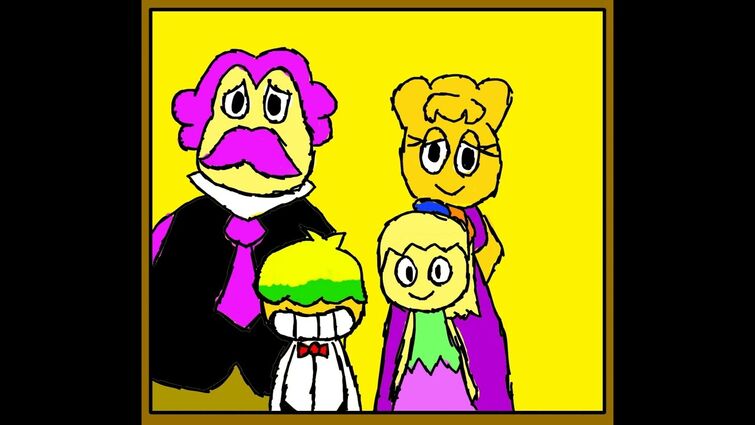 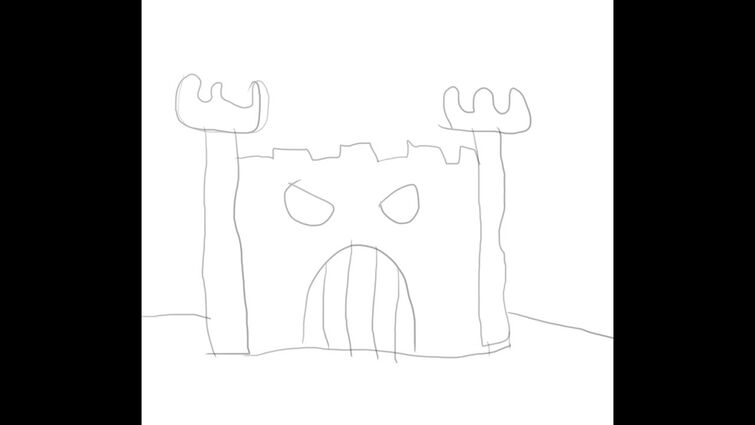 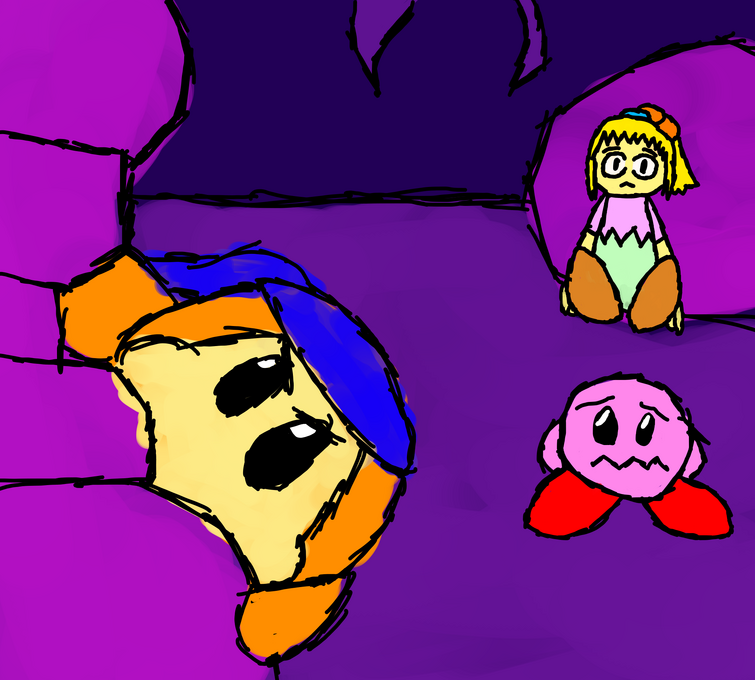 Context: The manage to enter the Dream World, but Bruce the Salesman go through the portal as Nightmare and brings them to his world. The team is separated and Kirby, Bandana Dee and Tiff must find their way out of layer 1, cave while Meta Knight Dennis(or Dedede), Escargoon and Tuff must escape the fake castle.

People in this wiki must come up with a art challenge, and then the artists in the wiki who choose to participate must draw said thing. Sometimes there might be theme for the art challenge like demon, western, dark ages, etc.

It must be kirby related: You can add characters from other media and/or oc's you may have, but cannot be the main focus, only said character.

No NSFW art, this is a child-friendly challenge. So no blood, gore, etc. If there is, I'll report to the admins to your art and you'll get disqualified.

Does anyone have a name for it?

Could you comment on or tell me where I could read it. I heard why it was bad, due to it's dark story, but I want to read it. 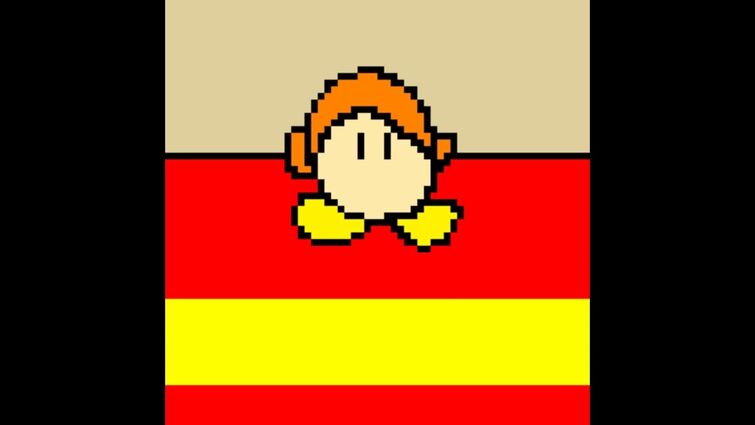 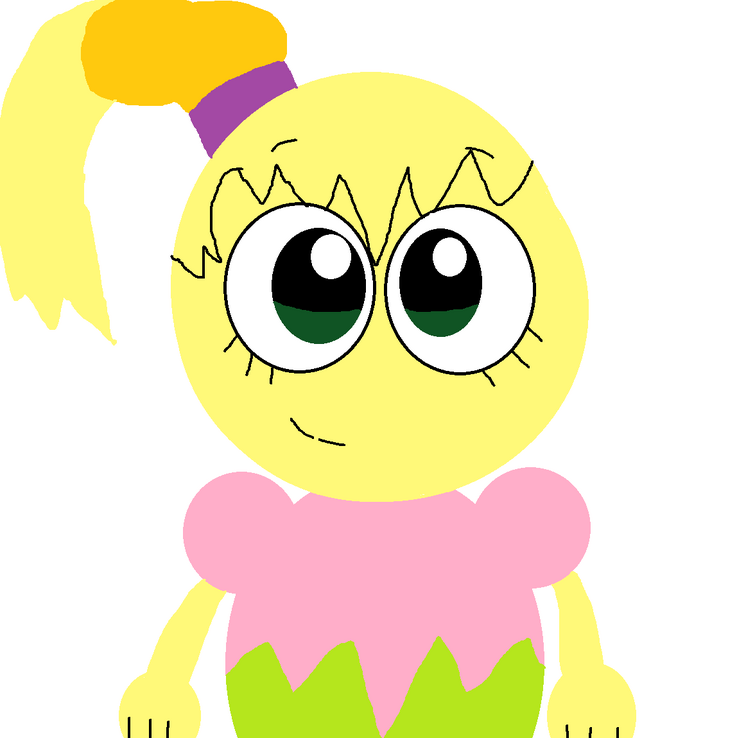 What Did You Think

Kirby: Right Back at Ya!Tiff

This is how I imagine the Kirby world if I could make an adaptation of it.

Kirby - A 11-year-old boy who lives right outside of the poor kingdom called Dreamland. All the boy would do is eat, sleep, and nothing else until he met people who would be his friends. Unlike his species, he has the power to use dark energy and light energy, though it comes out at random. He, in general, is very weird.

Tiff/Fumu - A 13-year-old girl who is highly intelligent. She met Kirby when he and Bandana Dee were kicked out of the car wash. She quickly became friends with them while walking around the kingdom, or the town.

Tuff/Bun - A 12-year-old boy who is really lazy. But one of his best things is memory. Capable of remembering things from 6 years ago clearly. Though he is cowardly when danger approaches. He became Kirby's shortcut guy for around the kingdom.

Escargonagan "Escargoon" - A 16-year-old who is able of fixing any technology. He is one of Dennis's friends who helps Kirby on his adventures. His mother works for the kingdom on a form for food.

Dennis Deax Debbut - The 17-year-old prince of Dreamland, he acts as a rival and later on a friend of Kirby. He is the son of queen Debbie Deuser Debbut and grandson of grandpa Demetri Dealso Deberat. He is born with the purple star on his chest, covered by his under robe(Whatever you call it) which grants him fire and spark attacks.

Eric Mare - A baby found on Arthur's doorstep, a 15-year-old trained with precise movements. He wields a sword called Galaxia, or "One of three" and a cape that can become bat wings, needing no warp star for him. Born with the purple star, he can use rock and wind attacks at his will. He can dress into the superhero Meta Knight, a knight with the mask of Morto knight, a student of Galacta Knight, and a peer of Arthur, who sealed away the demon of fear into two bottles, creating N.M.E(Anime Nightmare) and Nightmare(Game Nightmare). Morto chose the path of evil after the battle and was cut in half by Arthur, with the only remains being his masks in two pieces. Morto would later be granted as a demon by the cause of evil void into Morpho Knight. Arthur fixed the mask as much as he could and gave the mask to Eric to become Meta Knightmare. Morto is only known for being very similar to Meta Knight.

Would do you think of these versions of the Kirby characters?

The following image is artwork made for Kirby's 30th anniversary: 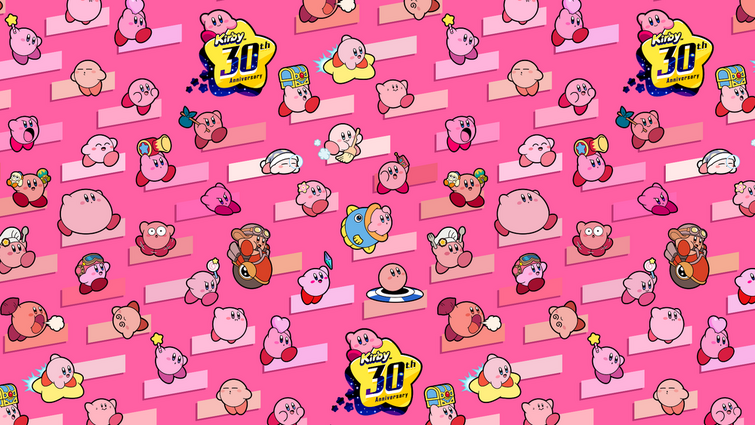 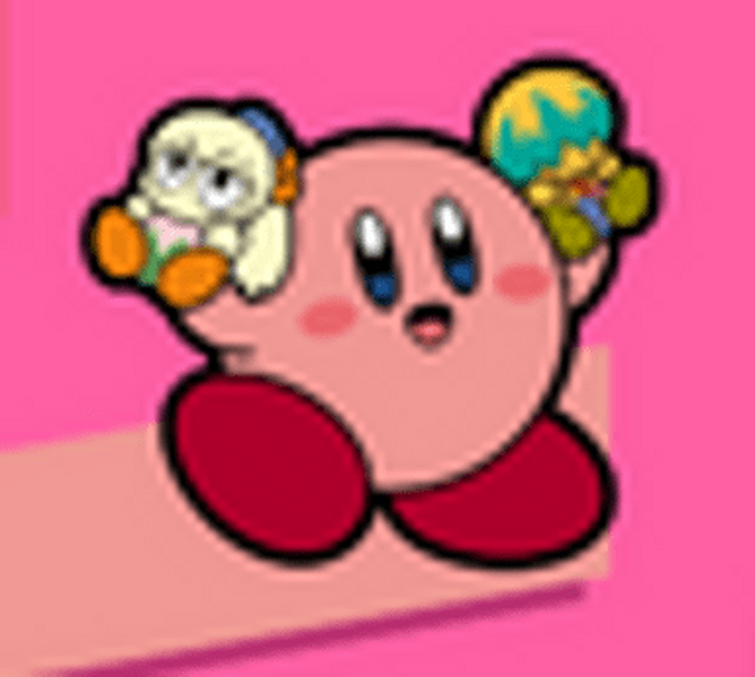 The BROS™ are back

No, but seriously, I love KRBAY, and this is pog.

(also two posts in one week look at me go)

You may ask him anything. He may respond a bit late, but he will respond.

Just in the nick of time before halloween, you can read this Kirby episode I made. It flows like a cartoon, so much so it even has cartoon sound effects. It has Tiff and Escargoon in the story, who haven't appeared since 2012. I hope you enjoy.

The Haunted Farmyard of Halloween (A Kirby story) | FandomThe start of the spooky marathon is also the…kirby-live-radio.fandom.com 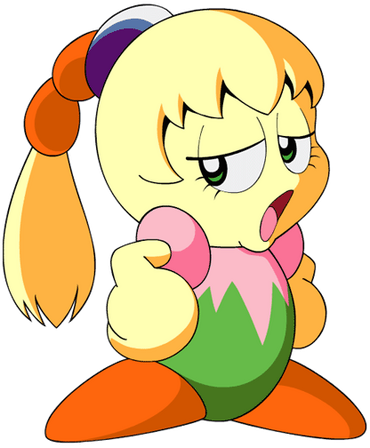 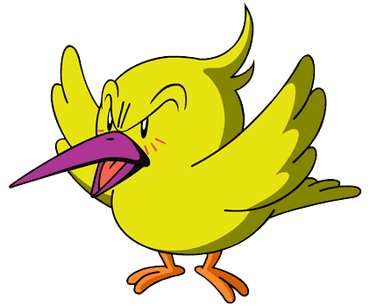 Kirby: Right Back at Ya!TokkoriTiff 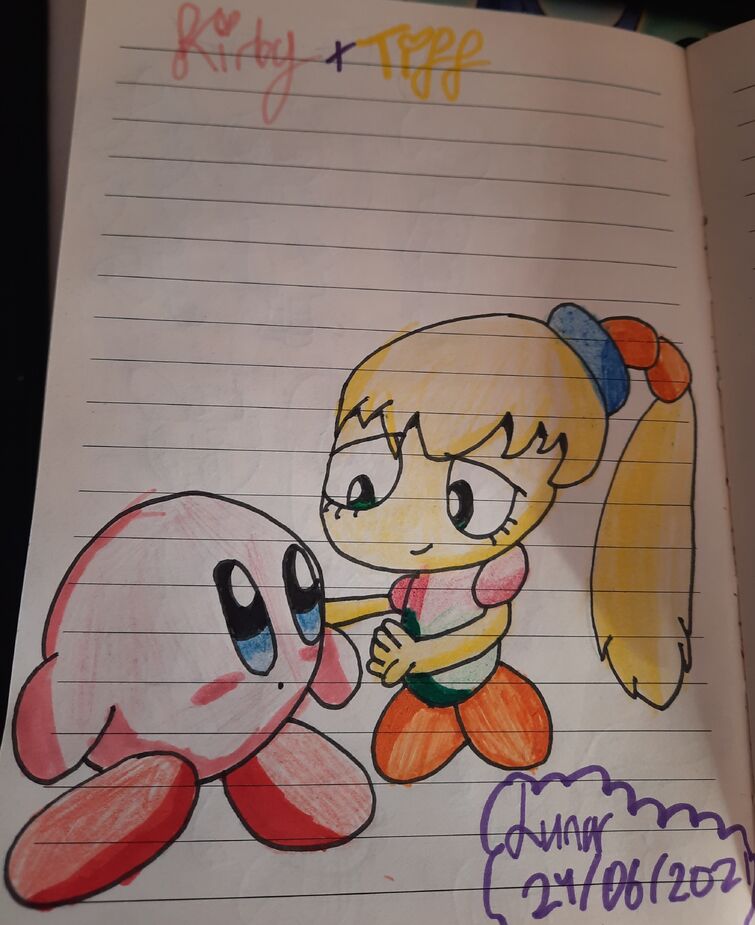 Drawn a few years ago (I don't know when), outlined and coloured yesterday ^^

I just wanna hear your thoughts.

Meta KnightKirbyKing DededeKirby: Right Back at Ya!TiffEscargoon
magolor
fransisca
mr. star
moore
tiff
chao and goku (this one's a bit of a joke)