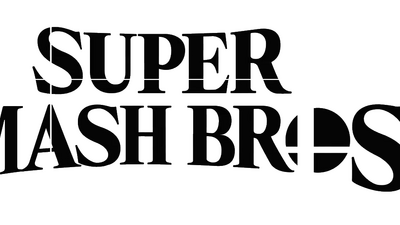 Super Smash Bros. is a series of fighting games published by Nintendo, featuring characters from established video games. The gameplay differs from traditional fighters for focusing on knocking opponents out of the stage instead of depleting life bars. The original Super Smash Bros., released in...

When I was playing Kirby Super Star I was going against Wham bam and I noticed something-His attacks were similar to master hands attacks! 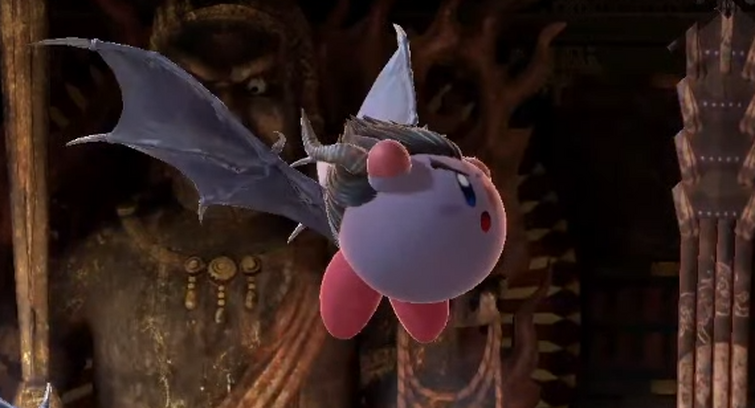 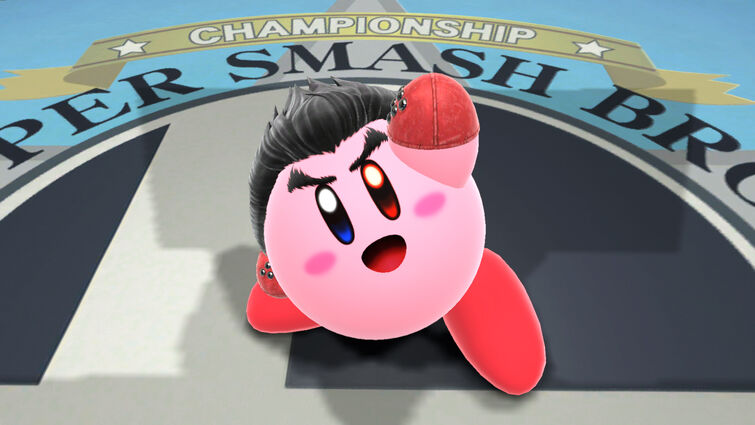 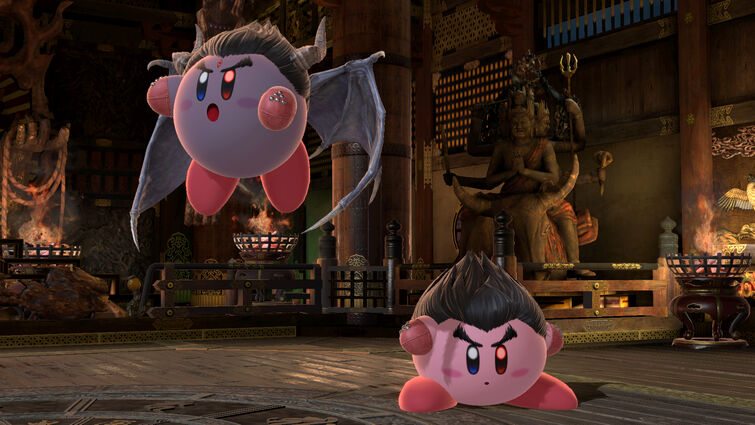 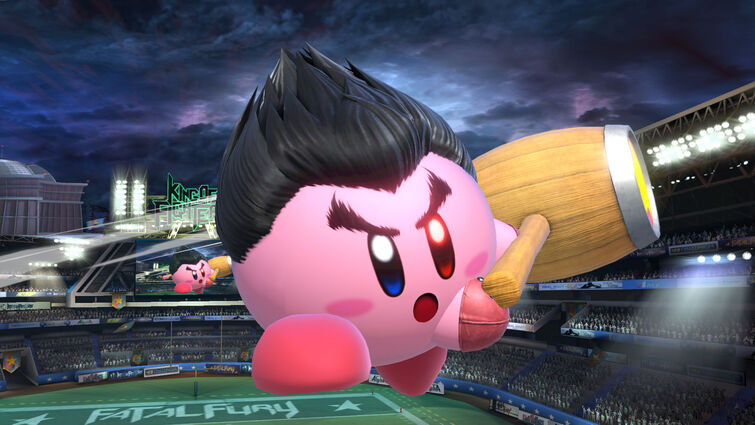 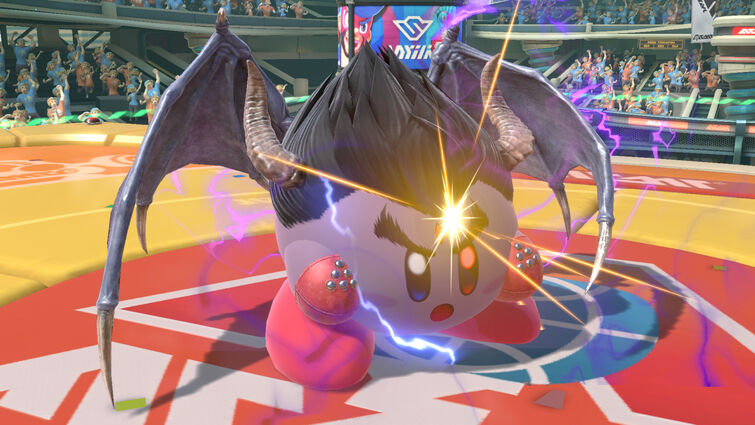 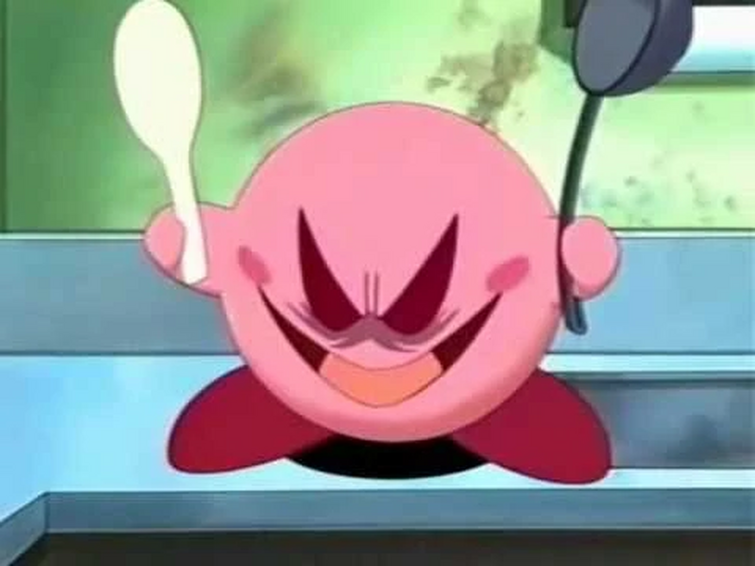 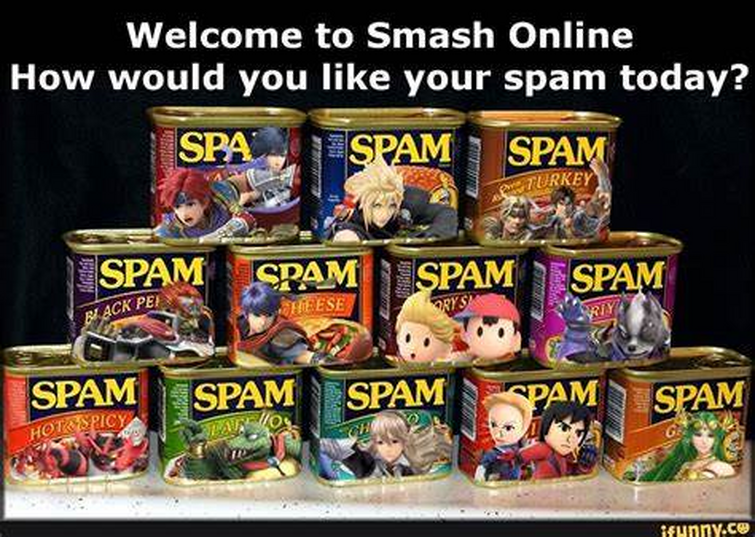 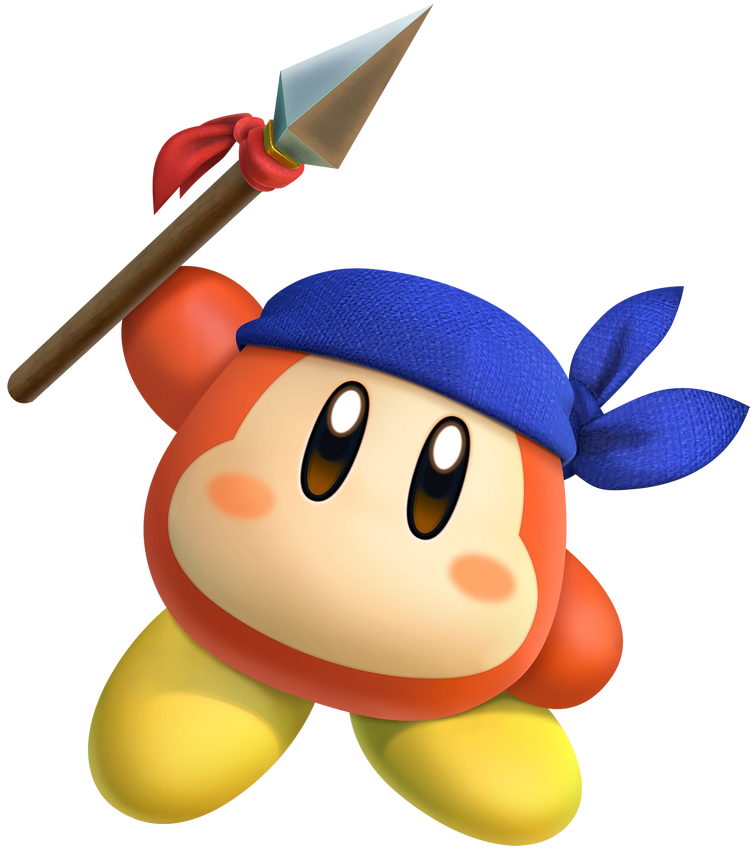 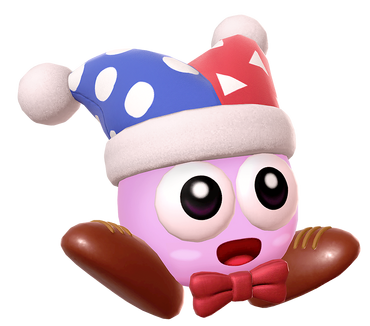 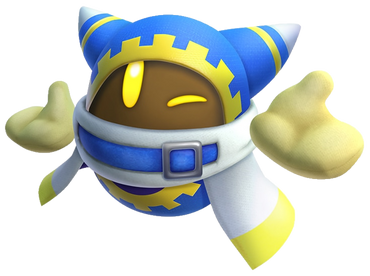 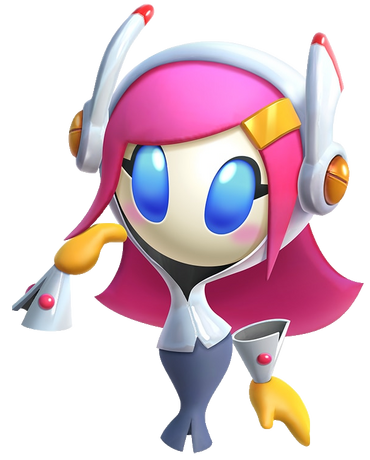 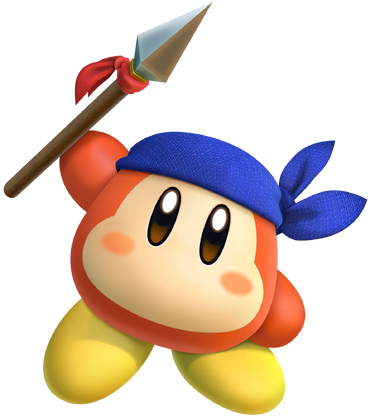 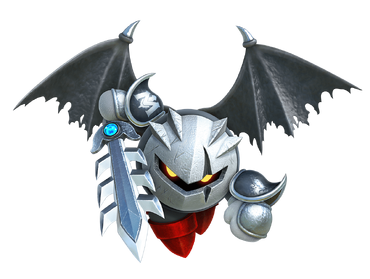 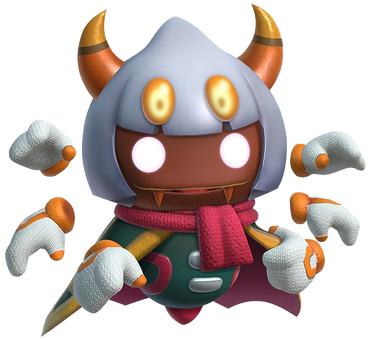 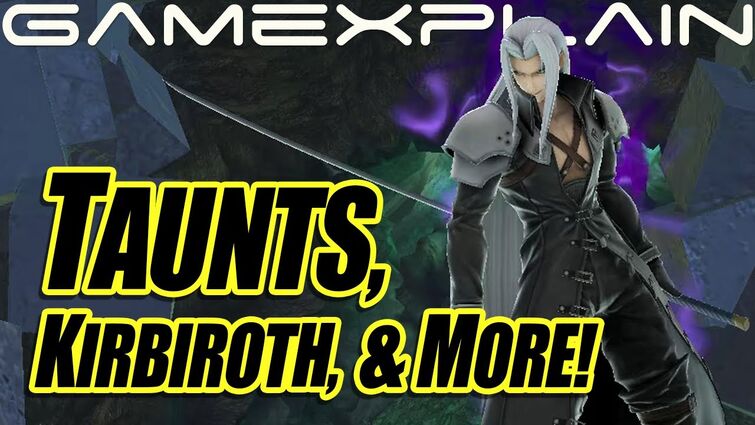 Can we also talk about Sephiroth Kirby's fabulous hair-

A word for word of what Masahiro Sakurai said when fighting Marx:

"Actually, this character (Marx) was initially a lot creepier."

"He wasn't suitable for all audiences..."

"Personally, I wish we could've made him a bit creepier."

Apparently, Marx was once so scary that he wasn't suitable for all audiences

The fact that they had to scale down a KIRBY CHARACTER is crazy.

I kinda want to know. 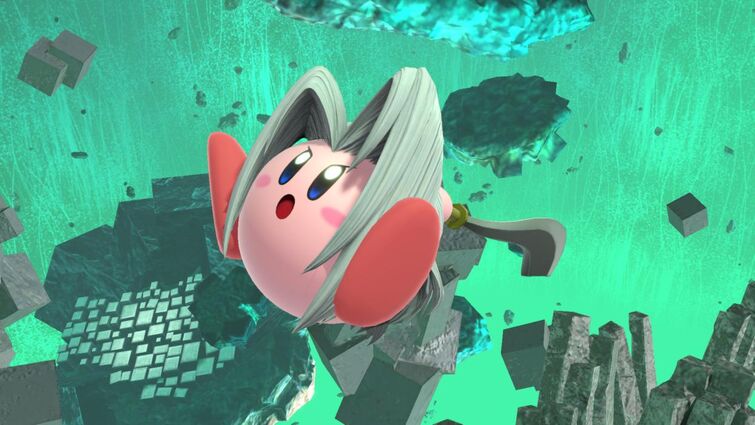 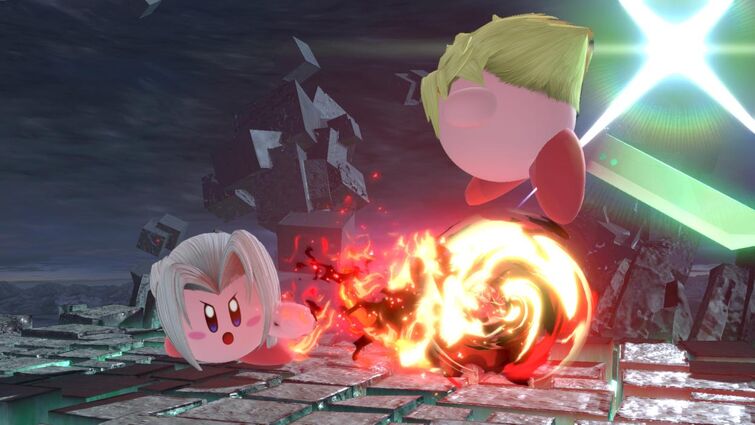 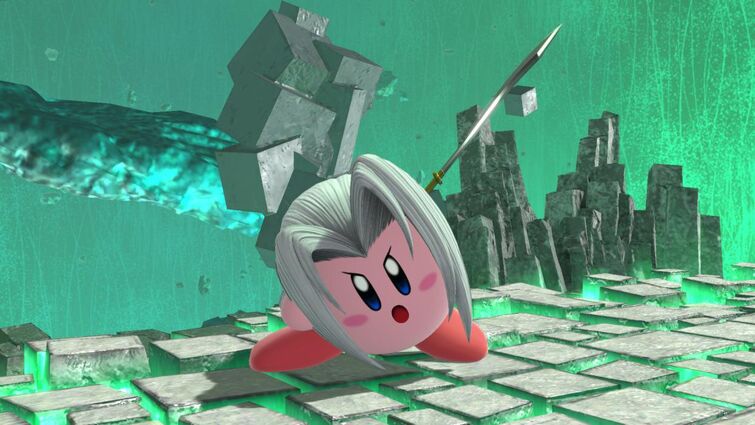 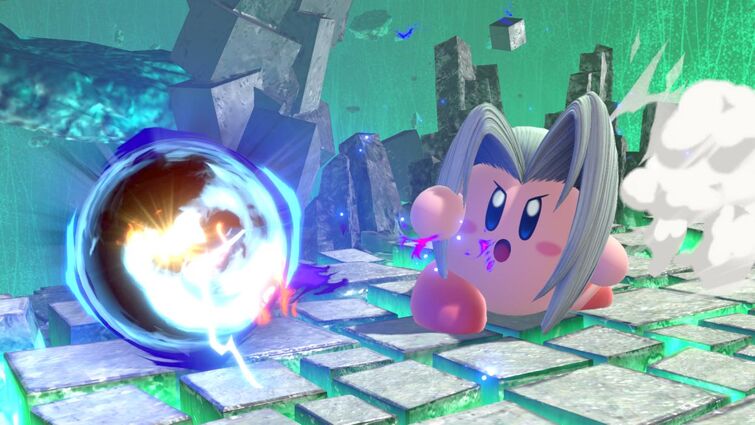 HE, NO ONE-WINGED KIRBY BUT HE

So, we all know that, in World of Light, everyone dies except Kirby, and the non-fighters who die become Spirits.

...but what happened to the characters who don't appear at all? Not as Spirits, fighters, or Assist Trophies?

Like, for example, did Taranza and Adeleine somehow survive Galeem's attack? They're never shown as Spirits (as far as I'm aware).

...makes me wonder what the story behind the characters who didn't die would be...

During the Sephiroth reveal, when Galeem's about to attack again, Kirby just starts having traumatic flashbacks as it zooms in on his smiling face.

The pain burns within, everlasting. 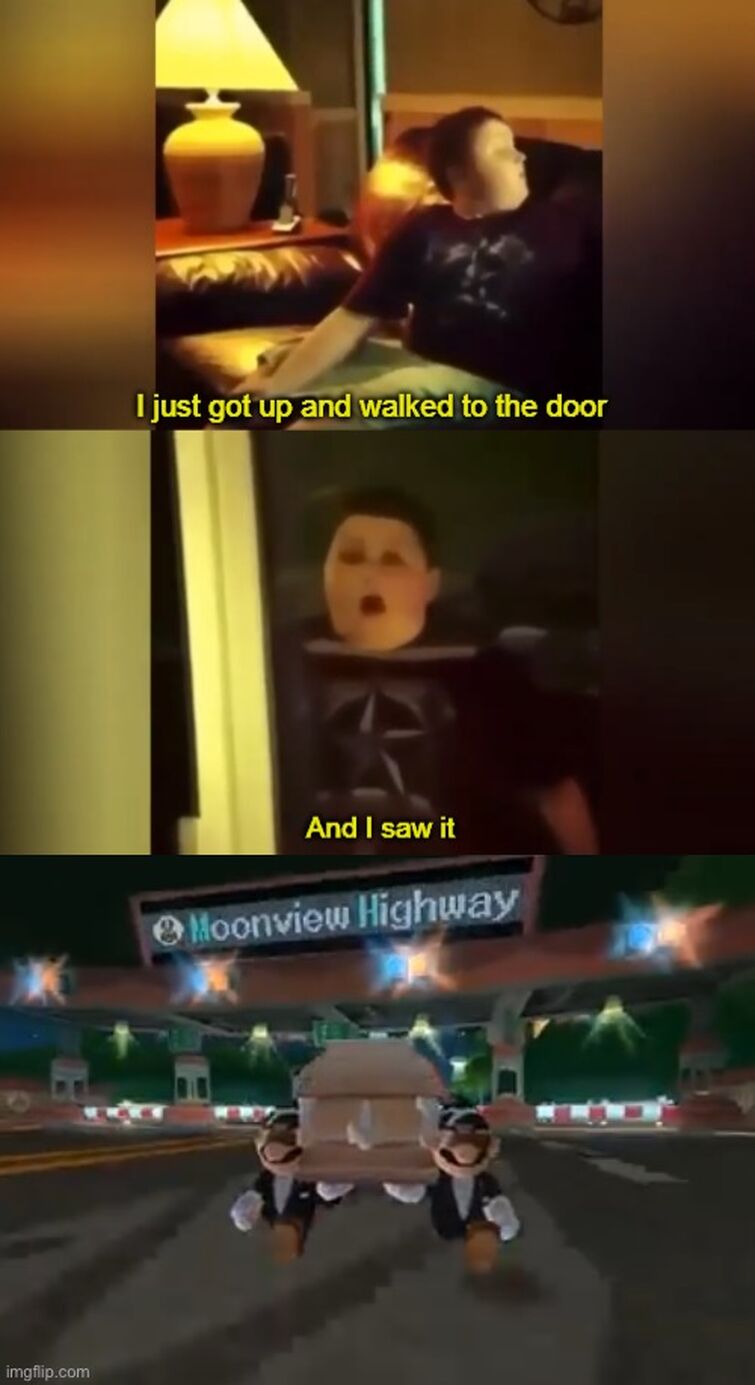 Also, I am hyped for Sephiroth to be in Smash. My hype surpassed even that of the Smash 4 Cloud reveal. 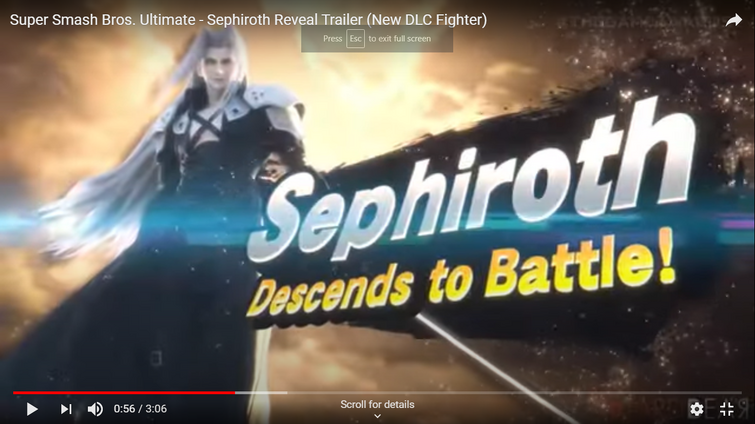 The Final Fantasy fandom must be screaming rn 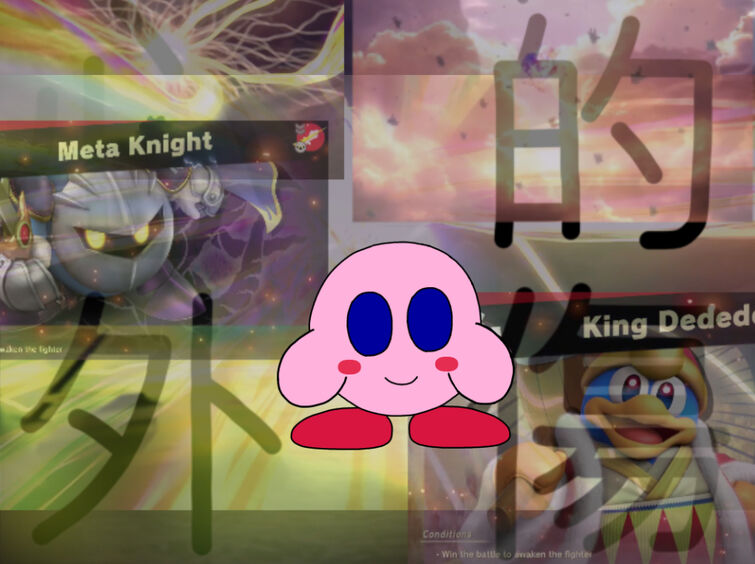 I originally posted this in a different discussion where I challenge anyone reading to draw this concept ( https://kirby.fandom.com/f/p/4400000000000017090 ) but I forgot to delete a layer and it screwed up a small yet noticeable part of the art so here’s the fixed version!

The original discussion also reveals what the kanji are for

Someone get this poor baby some therapy

Not quite what I was hoping for but hey I'll take it.

If your upset with Sephiroth, just think about what Kirby's new ability will look like.

Now you feel a little better, don't you?

Just be glad it wasn't Fortnite.

Also how did The Last of us Part II win? I'm ticked.

Who it gonna be?

I am now introducing my new pfp... my favorite cat... 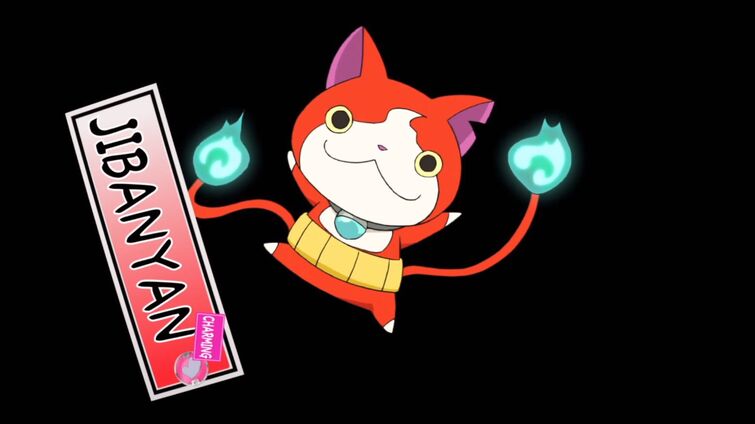 Jibanyan! I support you for smash!

(P.S.: Happy Thanksgiving! Even if it's a few minutes past 9:00 PM where I live now so it's basically over for me XD [had dinner though. I refused to touch anything besides bread and turkey... and gravy)

I mean, if Spirits deconfirm fighters then Taranza still has a chance of getting in since he's not a Spirit, despite Queen Sectonia being one. Also: The other "floaty-handers" (Magolor, Susie, and the Mage-Sisters) are also Spirits so why not Taranza? Hmm...

Anyone got any moveset ideas (among other things)? It's been forever since I've played Smash and moveset terminology was never something I cared about XD

Though I still have SOME ideas:

*Final Smash could be Queen's Phantom (one of his attacks from Star Allies, where he summons the phantom of Sectonia)

*Up + B could be the Friend Bounce

*IDK if this would be used for his grab or not, but maybe work the Magic String Shot in there somewhere?

*IDK how Tilts work (again, I'm VERY casual, and I also haven't played in forever [I do remember loving to use Kirby's Hammer Flip {I think that's what it's called} a lot, though), but from what I can tell maybe his up-tilt could be the Darling Dreamstalk attack from Star Allies? IDK

Anybody got any ideas? Since it's technically possible for Taranza to become DLC since he's not a Spirit (assuming that a character being a Spirit disconfirms them as a fighter, though, as far as I know, nothing's been stated) or an Assist Trophy. Like, him not appearing in the game at all should be at least a LITTLE suspect, right?

Hopefully spider boi will get some love.

Welp, Part 2... Gooey for smash anyone? Well it time for the Aerials and Grabs, I combining both together cause they aren’t enough aerials and grabs for they now parts. Next part going be specials (custom as well is people make some requests :D or not) and final smash. Then, the final part, Spirits, Classic Mode, Alts, Victory Screen and Taunts.

Let get into things.

So, remember that I didn’t add the animal buddies for the basic attacks? Well, it for there comeback!

Back Aerial: Gooey use Pitch and Needle backward, image it as Meta Knight back air but for an bonus, Gooey would fall a little bit slower. 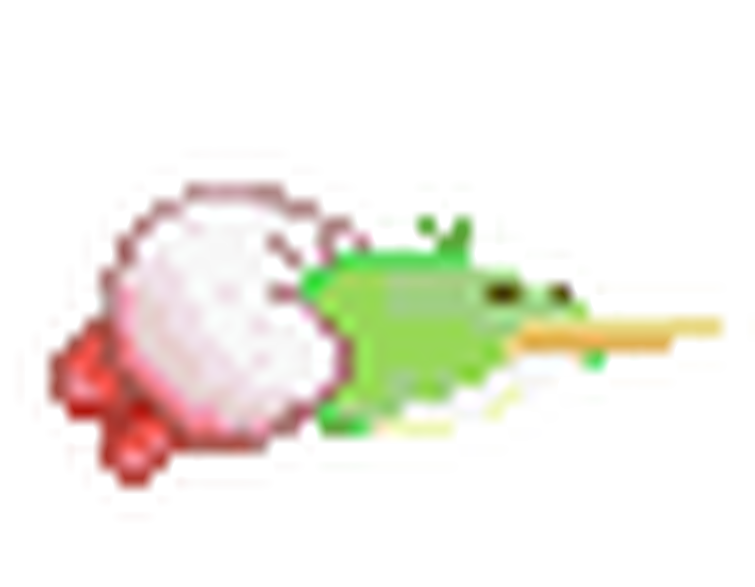 Up Aerial: Gooey use ChuChu with no copy ability? ChuChu would hit upward with both of her arms like how she cling onto ceiling, speaking of clinging onto ceiling... that the gimmick! ChuChu would be holding onto the ceiling for an short time but if you tilt the stick downward, ChuChu would fall off and you can’t do anything but air dodge.

Down Aerial: BOUNCE CAT! BOUNCE CAT! It Parasol and Nago boys and girls! It work like in Dreamland 3 and spike at high percent when sweet spotted, Nago and Gooey can get hit and if Gooey get hit, the move will stop. if landed on the ground it will bounce but you can’t do this forever as doing this again would stop the move.

Grab: Gooey would grab with his tongue.

Pummel: Gooey would squeeze the opponent.

Forward Aerial: Gooey would toss the opponent forward or slam the opponent to the ground and cause them to launch off forward.

Back Aerial: Gooey would summon Rick, Rick would kick the opponent backward then beam then.

Up Aerial: A Parasol would appear next to Gooey then Coo would appear spinning up with the Opponent stuck in the wings before getting launch off with the final hit.

Down Aerial: Gooey would throw the opponent down and hit them with Kine. (Poor Kine, nobody likes him D:)

Welp! That part two! This is met for fun and not real in anyway or going happen.

Have a good day fellows!

If I have to said my favorite Kirby Game, it either Dreamland 3 or Triple Deluxe. Granted, I haven’t play game like Crystal Shards or RTDL and I haven’t finish DL2 or AM yet but I still play a decent amount.

Smash Bros is what get me into Kirby games in the first place and now with the release of Kirby Fighter 2, I think I want to express what character I want in smash... if you read the title (which you did probably), it Gooey.

Now, sure! Bandana Dee is more well known and loved then Gooey who was only known for like Dreamland 3 and maybe 2 then Star Allies before getting lost in 20 Years. But when Sakurai revealed the original poll for smash bros “2” (Melee wasn’t confirm yet), Gooey got second place in most wanted Kirby characters, higher then Meta Knight even. Granted, this is not when Smash Bros was big, but still, for Gooey to be known show that people want this character and so do I.

I do know that the poll was made like 20 years but Gooey still carve a name for himself in the community of “What if a new Kirby Character got in smash.”

Anyways, I’m going make an moveset for this Dark Matter boi of how he’d could work.

Jab: Gooey would have an rapid jab with a tongue swipe forward, and swipe upward, and the first copy ability to the moveset, Needle.

Rapid Jab: Gooey would be the combine ability of Needle and Nago (Note, Nago will not appear in this move, it just the move) where Gooey send a a bunch of needles rapidly then finish it off with the standard Needle Ability Attack with spikes around himself. 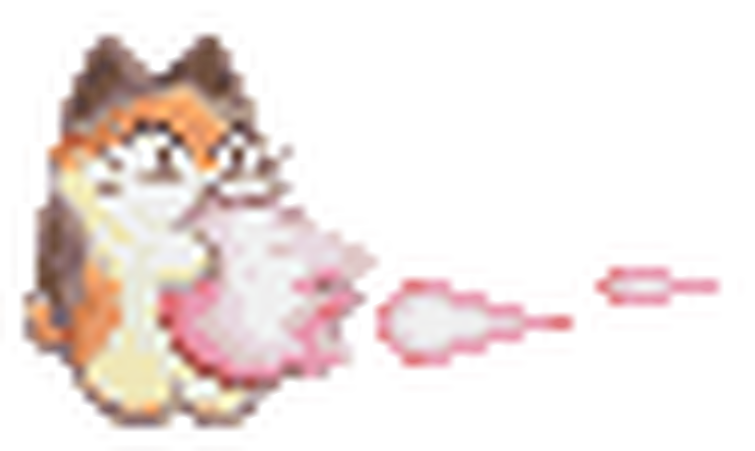 Dash: Similar to Kirby, it Burning! It could be an copy of the move or a multihit attack, but more endlag.

Side Tilt: Gooey smack a broom forward which would make dust, the dust will act like a small hit box but it come out at an late frame to make an balance, the broom also has a hit box to.

Up Tilt: Gooey would hit upward with an Parasol, like Peach and Daisy up special, with less damage and no vertical height at all.

Forward Smash: Gooey hit forward with an Parasol, creating an water effect which does a lot of damage, but have a little endlag.

Up Smash: Coo Spark, but upside down (Like Nago, Coo wouldn’t show up.) This move work great for an anti air kinda but has high endlag and something like Fox laser can stop this move.

Down Smash: Stone, Gooey would turn into stone and create a hitbox around himself, this move act like it Dreamland 3 counterpart with two puff coming out as the hitbox.

Trip Attack: Gooey would spin his tongue around himself while getting up.

Ledge Get Up: Gooey would roll back onto the stage. 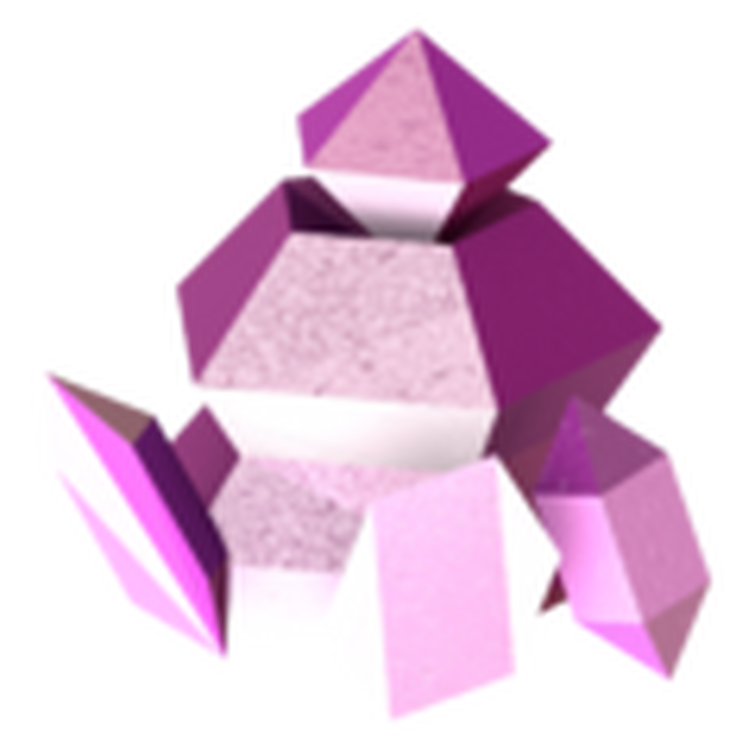 (Note: I didn’t made this and isn’t trying to take any rights of owning it.)