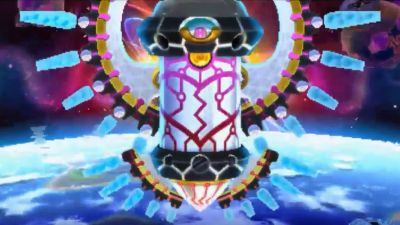 Star Dream (also known as the Mother Computer) is a powerful, malevolent machine in the Kirby series which serves as the final boss of Kirby: Planet Robobot. It was initially built as a wish-making robot and the Mother Computer of the Haltmann Works Company, but soon developed the intention to... 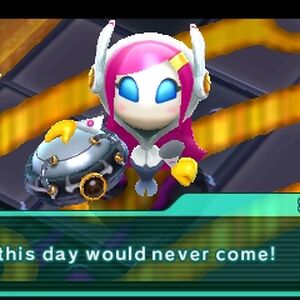 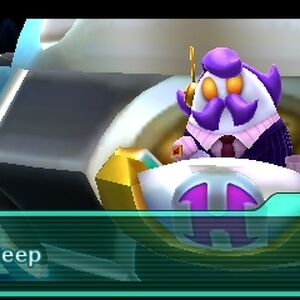 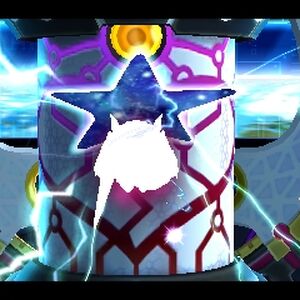 Might have something to do with Morpho Knight. Just wanted to point it out. Same applies to Star Dream.

Don't know how to add themes, so I decided to tell people what needed to be done.

As we all know, Haltmann based Star Dream off of Galactic Nova's blueprints, created by the Ancients of Technology (who banished the Ancients of Magic for fear of their power, resulting in Hyness's death cult, remember?).

The reason for this was to bring back his daughter (who died in the Galactic Nova explosion), and unfortunately for him it failed.

Susie came back, but until now we didn't know how. Maybe the wish actually worked, but by that time Haltmann was already stir-crazy: bent on bringing back his daughter, who he didn't realize was his secretary.

As for Star Dream's "3...2...1...GO!...FATAL ERROR" attack (did you notice the parallel to Galactic Nova's wish-granting line?), the machine could have glitched out when Susie stole the helmet, preventing it from granting wishes and absorbing Haltmann's soul, acquiring one of its own.

So I just found this while lurking around Twitter again. 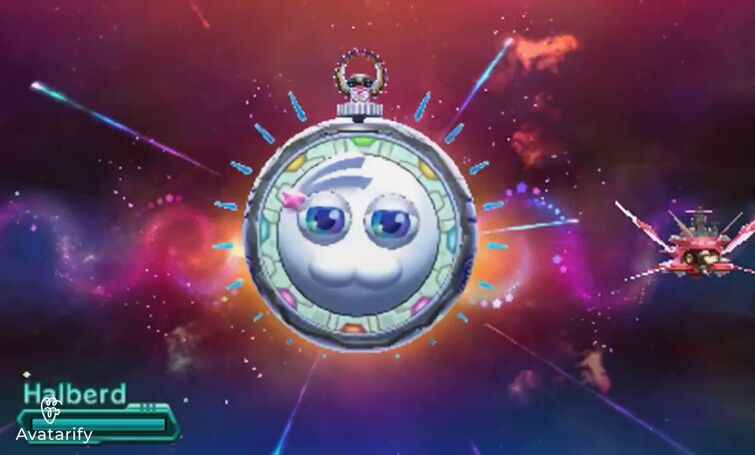 Honestly I don't know what I expected but it certainly wasn't that.

In Meta Knighmare Returns, Star Dream says that Meta Knight must face the strongest warriors of this planet, summoning Galacta Knight at the end. This could be taken as him originating from Popstar. Lemme now if I missed anything or if you already noticed this. 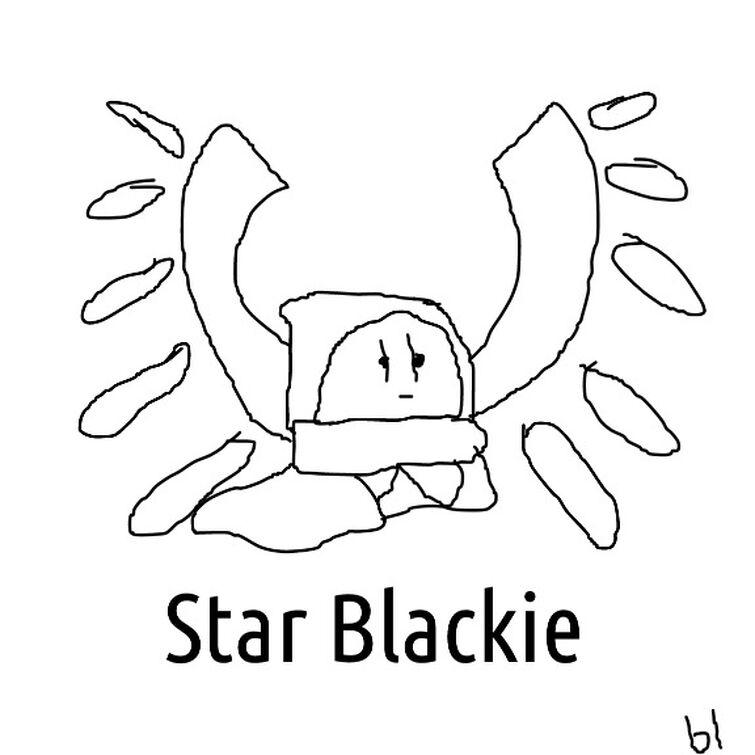 This is for the joke Robobot AU

Kirby: Planet RobobotStar Dream
C-R-O-W-N-E-D
The World to Win
Hope of Birth
Mind in a Program
Vs. Drawcia Soul
Vs. Mega Yin-Yarn

I’ve been thinking about Dark matter and it’s inner functions a bit recently but I’ll save that for a later date. Today I’m going to talk about a matter that even more mysterious. Dream matter

So far, little is known about Dream matter, only that it apparently comes from, well dreams and wishes. It’s also has Connections with stars and the ‘starlight’ they give off. The Evidence for Dream matter capabilities is mostly items named ‘Dream’ ‘Star’ Ect since most of them have similar attributes and abilities (Such as Star Rod/Dream rod being able to summon stuff, even StarDream being tied to the wish-granting NOVA’s).Although some of these items do have attributes of Heart matter (Positive energy), who’s to say they can’t be both. This leads into more speculation specifically the Ancients

(Oh boy, Cherry some how got the discussion about the ancients *again*). It’s fairly clear that the Ancients delt with Dream matter a lot, since so much of their inventions take after it. It’s possible they used its as a power source, maybe Dream matter is the Kirby equivalent of Plasma to us, who knows. Now this may be looking to deep into stuff but it is not to far fetched, maybe just maybe that after the Ancients spilt apart, the Science ancients had to transition from regular magic to using Dream matter to power their machines since they could no longer use the Magic ancients Powers. It’s could fully confirm that the Ancients made a lot of the artifacts we see in the series today. Wow, I pretty sure this lore gets 2 ft deeper every time I look into it I still have so much to speculate about—

Ok boys lets take an hour to do this

So at the begining there where the ancients they did stuff made the novas and later the tech anicents banished the magic ancients such as hyness making him mad then kirby decided to exist and he is a litteral go with more power than anything and then kind triple d stole food and strted rival ship then kirby fights dark matter cus it has no friends. then zero existed and tries to engulf planet popstar in darkness and kirby beats him up using happiness, and zero is the supposed leader of dark matter (talk about that later) then another dark matter attacks ripplestar that is a place where a weapon that can beat it exists, shiverstar exists and adeline exists as welll, then kirby beats up dark matter again, who is really zero revived. then super star happened where meta knight trie to start war but the important one is marx who wants summon nova a wishing granting creation made by the ancients that kirby summoned on accident. then kirby super star ultra happens with more lore in pause screens, and more minigames, meta knight also summons nova and fights galacta knight, who is meta knight but better, also marx soul exists to beat kirby summoning a nova to revive himself, then a mirror exists with another dimesion meta knight tries to beat himself but emo mode and tries to killl kirby, dark mind exists and is beat by kirby and shadow kriby does stuff, then kirby meats squeak squad where rats steal cake and daroach is possesed by dark nebula and is beat by kirby, then magalor appears and has kriby get peices of his ship, the lore starcutter, and steals a crown to become a god of darkness then gets beat by kirby, and magalor may be friends with marx who may have lived from death and a timeline where marx became a good guy exists but that comes later. the crown magalor has is also sentient. and then its beaten and magalor builds amusment parks, then kirby goes with taranza to beat a bug named queen sectonia who is a wasp who absorbes the dream dream stalk (this is where i got tired) a timline where dedede fights himself but emo, next peace on popstar and then dark sky that is actually a ship owned by haltman works who is cool i guess, kirby destorys its five legs a meets susie who talks about a computer and lte meats haltman susies father who went insane and tries to use star dream a sentient computer to beat kriby but the control helmet is stolen by susie making haltmans mind no longer exist because it is now controled by the sentient computer, then kriby fights star dream who is a nova star like the one kirby had beat before which was alluded by magalor saying that there are more novas, there is also a meta knight thing where meta knight replaces kirby and meta knight becomes the new admin star dream sends dark mater, sectonia, and galacta knight who destroys the sentient being. now for the sta allies where the jamba heart exists and is sealed, and hyness and four kids worship the darkness and breaks the seal destroying the star, kirby fight and gets a heart that allows him to save those corrupted, now marx is alive and in an alternate timeline that he is good d. meta knight only wants the heart same with daroach and tarzana wats to revive sectonia and susie is rebuilding haltman co. kirby goes into the jabastion and beats some people, then kirby fights hyness who is an ancient that controls magic one of two faction and worships the jamba heart and he summons void termina who is the actual leader of dark matter and gets destroyed by kirby, then a butterfly touches galacta knight and he becomes morpha knight.

This took 30 minutes so yeah

So I was browsing Nova's wiki page and I noticed it referred to the golden clock with He/Him pronouns. I clicked over to Star Dream's wiki page, and that page refers to the heartless machine using it and its.

I've played Kirby: Planet Robobot and Kirby Super Star Ultra, and I don't remember any pronouns for either clock being mentioned, so the wiki on Star Dream is justified in using it and its.

But Nova is referred to as he and him. Where did these pronouns come from?

(I haven't played Super Star, it might refer to Nova being referred by he.)

If anyone could clear this up for me, please comment on it!

I guess these were made when I'm still a primary student??? As a prefect? 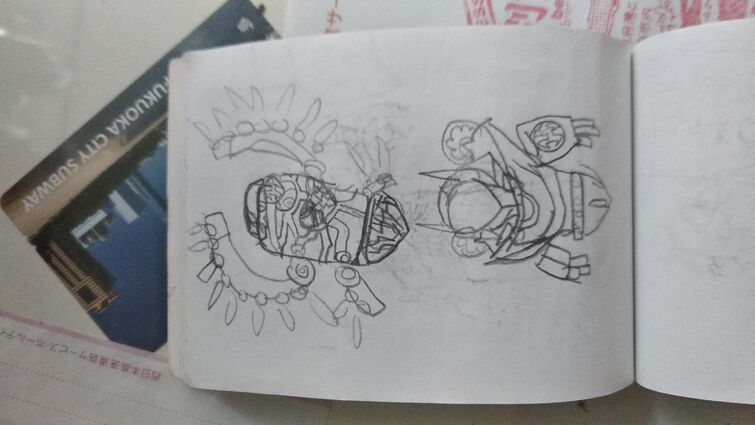 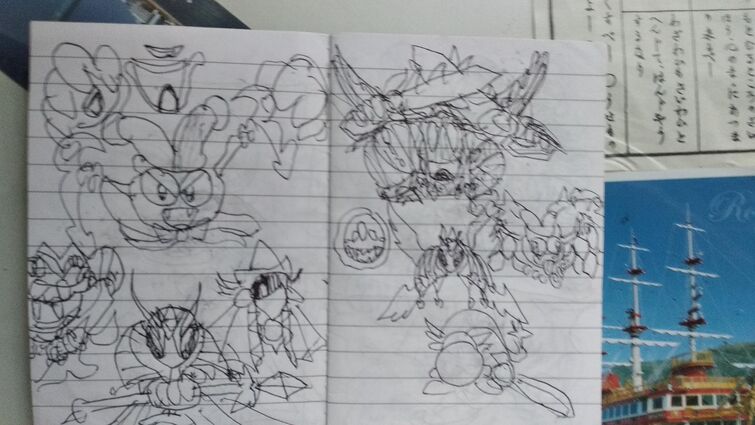 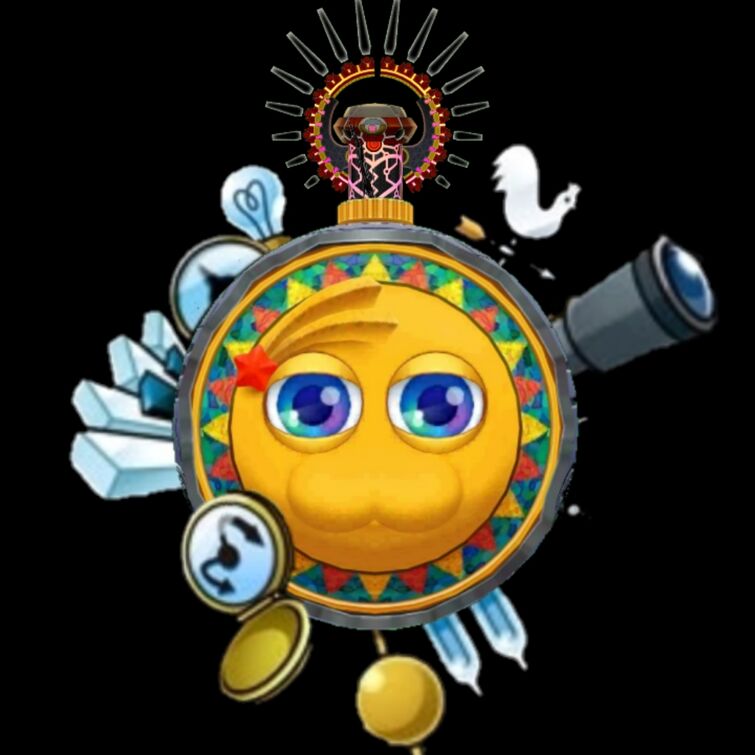 I call it star nova. 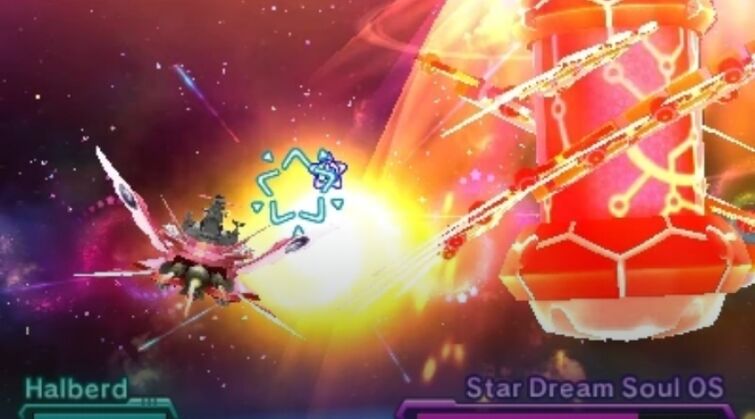 But in Star dreams second phase,you can clearly see that star dream has shrunk in size. 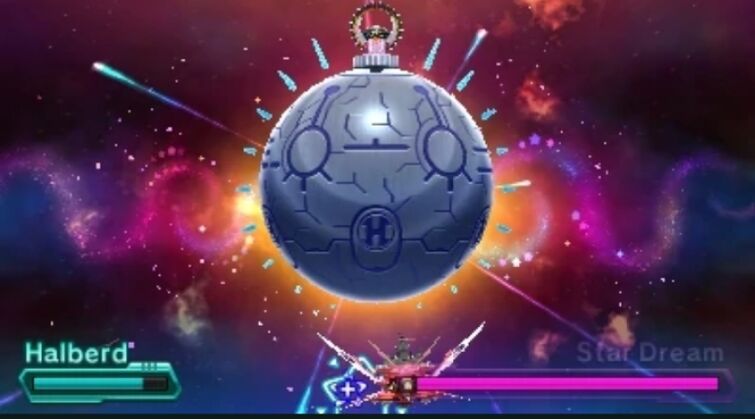 Has anyone else noticed it?

Does anyone else notice how ridiculous Kirby lore is? It's more insane than Final Fantasy! 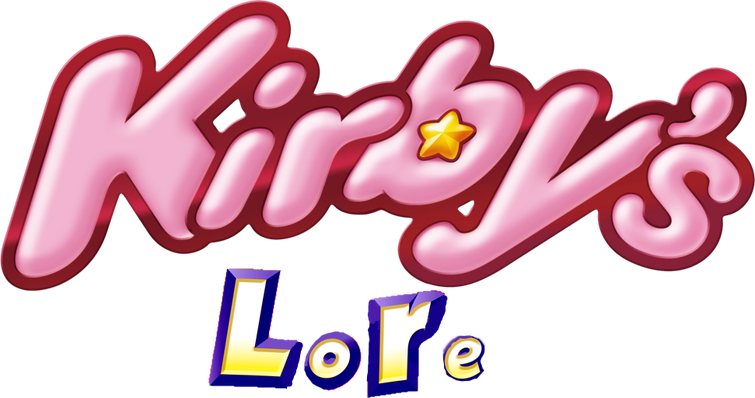 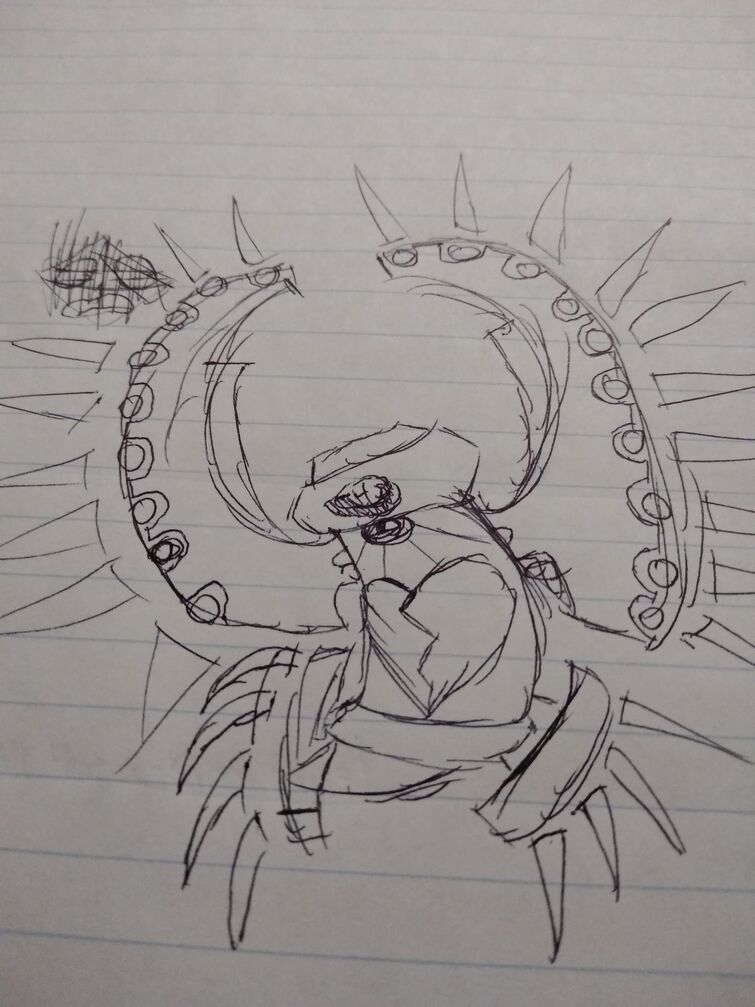