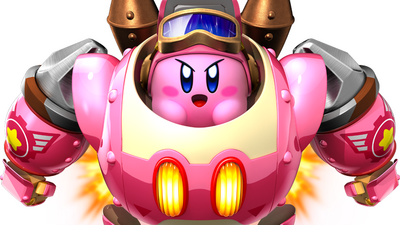 Robobot Armor is an item introduced in Kirby: Planet Robobot. Obtained from Invader Armor or found in docking stations, Robobot Armor is a powerful mech suit that allows Kirby to scan certain enemies, copy their abilities and augment them into powers called Modes. The Robobot Armor retains the... 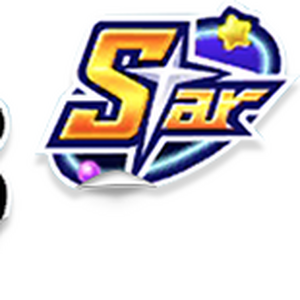 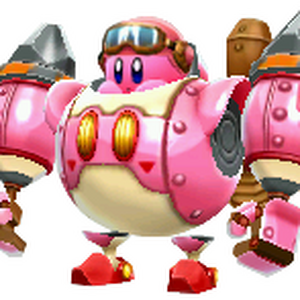 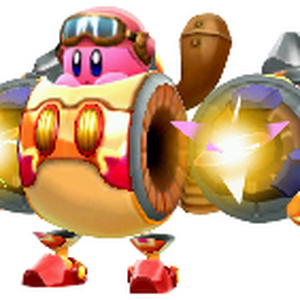 Hey I have an edit request for someone who has the skills to do it so here’s the request so on the Robobot armor page or any page that has a link titled the name of a Robobot mode can someone make it send you to the section of the mode for it ex: a link titled fire mode would send you to the section for fire mode on fire article so if any of you have the skills to do that for all the robobot armor modes could you do that? 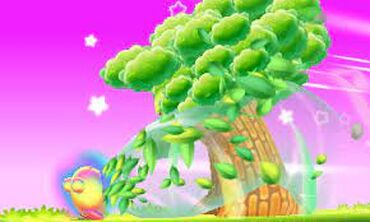 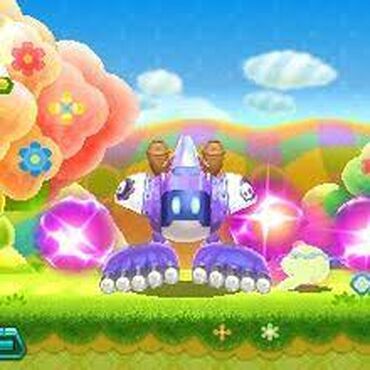 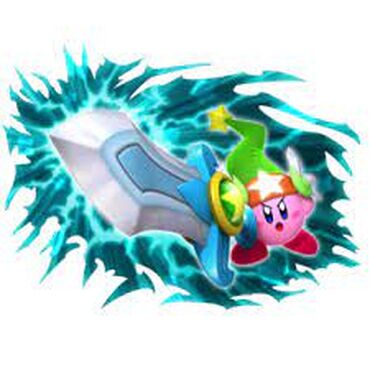 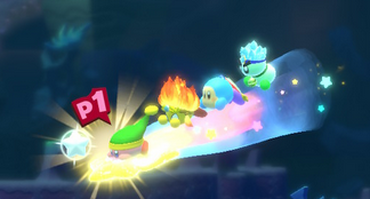 The very next day, we set off again, with a new goal in mind: Find Kirby, then once he was alongside us we would battle back the Parallel World’s inhabitants and finish off the evil. But there was a huge flaw in the plan: Finding Kirby in the first place.

We had no idea where Kirby was, and with all these realms and rifts and alternate worlds, that job would be near impossible. Where should we look first?

I thought that Popstar was the smartest place. After all, it was his homeland. So Landia let us on his back, and Metal General and I planned, talked and prepared. We had a large storage of food for Landia, extra solar batteries, a few weapons, and a map of the galaxy.

After a long time we flew to Popstar. But Kirby wasn’t there. Residents told us that he had left on his Warp Star after a strange fortress had landed and blown up. Kirby had gone into space to escape the explosion, and they didn’t know when he might come back.

So we were stuck here waiting.

But not for long.

Later, a rift opened up, and a sea of what I guessed were Parallel Waddle Dees swarmed out and started attacking the residents and buildings.

We were surprised. Why were they attacking? They hadn’t attacked us on the way home. However, as the Dees swarmed us, Metal General and I brandished our weapons, and Landia readied his fire.

Once they reached us, we started to fight. I Spec Scanned a hammer enemy instead, and started whacking them hard back through the rift. Metal General forced tons back by spinning his laser katana, keeping them away, and eventually forcing them to retreat inside the portal. Landia flapped his wings hard to blow all of them back, and the ones who resisted the most were hit by fireballs to make them lose their balance.

Eventually, all the Dees were forced into the portal, and we celebrated our victory. The natives were impressed, and they asked us if we wanted to stay and be their protectors. We agreed, but only after Kirby came back. The natives were fearful, but I reassured them that we would go and stop the cause of the rifts.

I had now made a promise, but there was still a problem:

How could we possibly win?

(To be continued by the world’s slowest writer!)

It has been one week since that brave warrior named Kirby destroyed the evil Star Dream. After he defeated it, he was knocked out by a floating chunk of metal. I gently pushed Kirby back to Popstar, but sacrificed myself to float in space forever. Or so I thought. I floated gently into a secret space-time teleportation device, which zapped me to an unfamiliar zone filled with erupting volcanoes. I decided to journey on.

I saw this massive bot that looked like a chicken. It had a screw that matched mine. I saw a shark-like entity inside, sparking wildly. It beeped slowly, and I decided to fix it. It sprung to life, good as new. Then it joined me on my journey.

We saw many strange beings that resembled some of the beings on Popstar. One was a bouncy, spring-like entity. It, however, had strange details that looked like some kind of bird. The ones on Popstar I only briefly glanced- we soared over a floating island filled with them. But my digital memory recalls a pink bow on the back and two long eyes on the one back on Popstar.

I found an enemy I remember well- the knight, the one with the sword. I showed my new friend my Spec Scan ability- to scan them and have new abilities. I turned into one of my all-time favorites, the sword mode. It in turn, however, showed off its ability- one as to transform one of its arms into so many different things. One was an electric katana that was spun rapidly around by my friend. And we continued on.

Then, we saw a large, circular being with feathers adorned all over its body and tail. My friend, who revealed his name to be Metal General, called this a “sphere doomer”. I was very curious; these beings were very strange. Metal General made strange clicking and beeping sounds to the “doomer”. It chittered quickly, nodded its head, and flew off.

I was very intrigued. He explained that he recorded the sphere doomer’s language for many years, as they lived nearby. He eventually discovered how to interpret the language. He offered to teach me. I happily agreed.

However, I heard a ferocious grunt. We both slowly turned around to find a massive, four-headed dragon, one head with a glimmering, glistening crown on it. The dragon roared, and I fearfully tried to escape, as did Metal General. But the dragon got closer and closer, until it was almost upon us. It roared, and I thought this must be my fated ending.

Do any of you remember that old fanfic I made, Digital Diary of the Robobot Armour? (It doesn't really matter if you did or didn't) Well, that series is getting a reboot! I'm gonna rerelease the first three, then post an all new 4th part! The reboot will include grammar change, make more sense, will have less emotional parts, and more! Day 1/Part 1 releases tomorrow if I can remember.

Off we were, to discover, to explore, to adventure, to go new places. And we did, on the dragon’s back. We flew on and on until the dragon sighted a star- shaped rift. We entered and were instantly brought to a world with what seemed to be flowing lava coated on purple platforms. Beings resembling the doomer I saw earlier walked along the platforms and flew around the space.

The dragon seemed to know this place and expertly dodged all the asteroids and doomers and quickly flew along to a new segment of this place. However, there was another rift and it pulled us all in. We landed with a thud on an altar of sorts, with a purple heart in the back.

There were seven rifts open, one from where we came in and six others. I looked at the order of the other rifts. Four were aligned in a slight hill formation. The fifth one was briefly above the apex of the hill shape, and the sixth and final rift, and also the largest, was positioned over the fifth rift. I sensed something in my computer mind telling me that I should go inside the sixth rift. I paused for a bit, and then leaped straight into the sixth rift.

As I fell inward, unsure what was going to happen next,I saw my friends fly inward also. I continued to fall, and something hit my front, hard. My wires jumped a little, and certain truths came to me then. Right now, I only remember a few: the dragon’s name was Landia. Kirby had defeated Landia because of a misunderstanding. That the place we landed was to be called the Divine Terminus. That each rift, at the end, contained an old enemy to Kirby, except a parallel version of them.

I landed hard on a lava- covered platform, except it wasn’t lava. I could safely walk across it, and I saw Metal General tumble out onto the floor, and Landia hurtled downward also. Once we brushed ourselves off, however, we ran as fast as we could to explore.

The first thing I came across was a glowing blade knight. I tried Spec Scanning it and it entered. I then gained two large swords attached to each of my arms. I paused. Then, I spotted a large rock blocking our path. I leaped up and swung my two swords. Dust flew everywhere. When it cleared, the rock was gone.

I was in awe. How could I have so much power? I had felt self- doubt as soon as I detached Kirby from myself, but when he was with me I worked well and quickly and confidently. I was doubt just then, until my new friends caught up. I felt more confident, and I journeyed on.

After we made it to the end of the path, there was a pit in the ground. I jumped in, followed by Metal General and Landia. I fell and fell and fell for what seemed like forever. Then, at last, we reached the bottom of the pit and I saw an unusual spiral of pink. Something started to emerge from within the spiral, growing larger and larger as it entered. It seemed familiar, until it slowly turned around. And then I knew.

P.S. Sorry for the late release! I was busy and couldn’t write for a while. Hope you enjoy it!

Parallel Star Dream facing off the little trio of friends♥