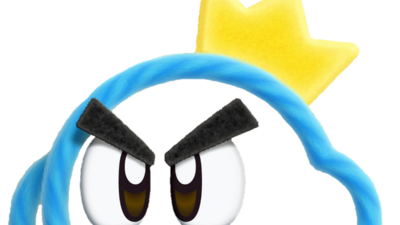 Prince Fluff is a character in the Kirby series, appearing only in Kirby's Epic Yarn and its remake, Kirby's Extra Epic Yarn as the deuteragonist. He is the ruler of Patch Land and goes on a adventure with Kirby to collect the pieces of the Magic Yarn and return Patch Land to its former glory... 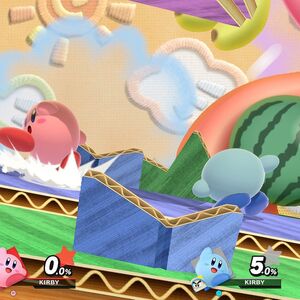 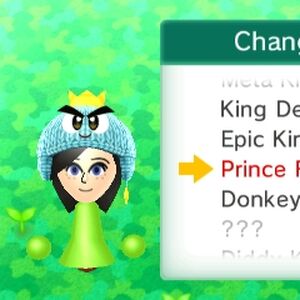 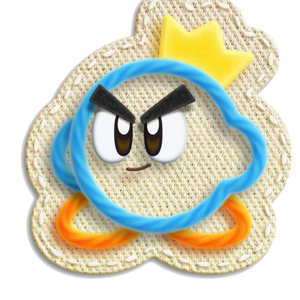 This game would be more than just a remake like Extra Epic Yarn, this would be a new game. The game would start out in Patch Land showing Yin Yarn’s needles survived being launched to Patch Land and start moving again. It then shows Kirby about to dig into a Maxim Tomato when the sock Prince Fluff gave him starts violently shaking. Yarn starts bursting out of it along with Yin Yarn. After everything comes out Prince Fluff drives and explains that Yin Yarn is still alive. Since Kirby was not turned into yarn, he would have his usual abilities and Fluff would have his. The two would go through the various worlds to get to Yin Yarn, who has been turning everything to yarn, even Kirby’s old friends, like Bandana Dee and Gooey, who would be the various bosses. Whispy Woods and Kracko would of course also be bosses. After Yin Yarn is beaten, maybe he could reveal important parts of his backstory then be reformed by Kirby and Fluff. Hope you like what my idea was. 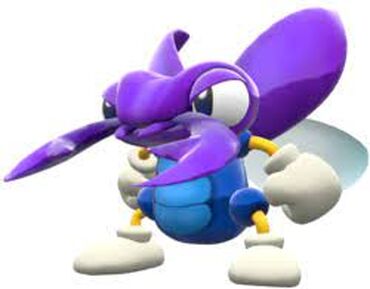 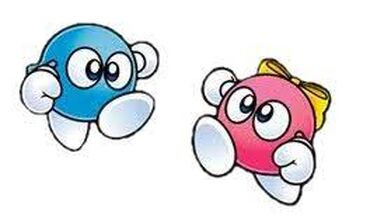 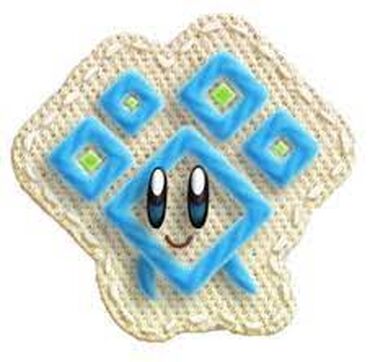 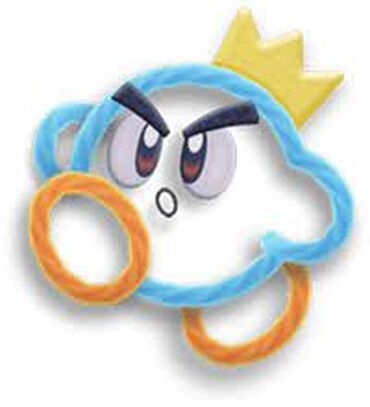 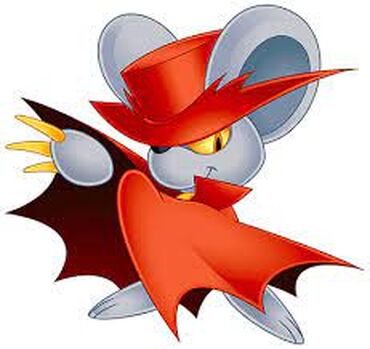 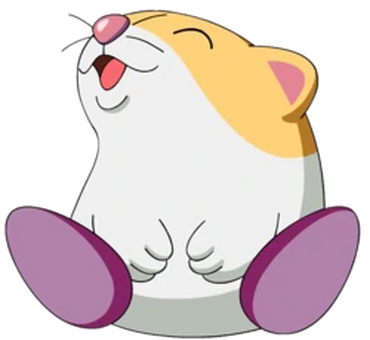 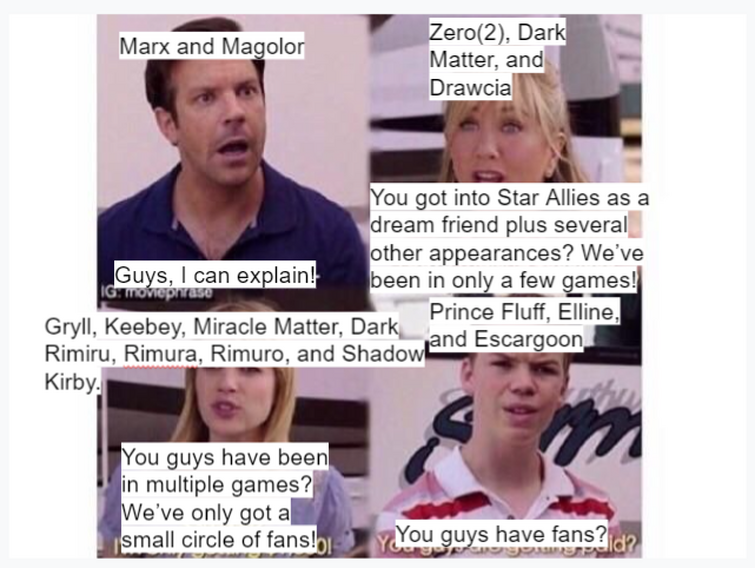 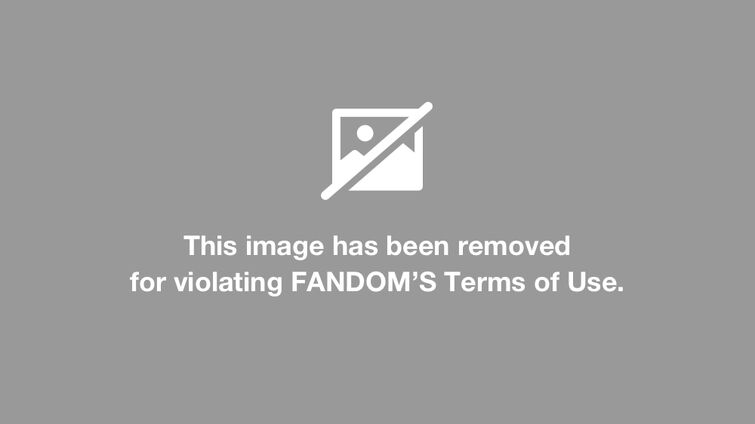 Please, you're all welcome to hate me for this. It's so stereotypical too. Tho, if you do like it, you're also welcome to make an actual story out of it. So here we go.

Prince Fluff (named Konpeki before he was reborn) was a mentally abused little boy by his father, King Sutoringu. Konpeki was given the title as Prince when he was sent off to rescue the princess locked in a tower, named Princess Anige (im gonna explain later and her past name could possibly be anige and not angie, now stay). He had heard what had happened to the other princes that went to rescue her. He begged and pleaded not to go, but his father warned him that if he didn’t go, he would disown him. Stressed and under a heartless king’s control, he ran to the tower in hopes of living. Humming a little tune to calm his nerves, he sprinted up the dramatically long tower and walked up at the door, hitting it, slashing it, banging it with all his might. And then… it opened. Rushing up to the princess, forgetting all his fears, tried to embrace her tight. Instead of taking it, she resisted. Shaking, she wrenched free of the azure prince’s grasp and leaped backward. Remembering why he was scared of the tower in the first place, he tried to run back. But it was no use. The doors were locked, the handles disappeared and he had lost all his strength to the dragon (Landia) and the tower. He knew all hope was lost for this useless child and gave up on everything and everyone. Laying his back against the door and sinking to the ground, he looked up and smiled, crying tears of joy, knowing this is what his father wanted; for him to die. He was useless to him anyway. The princess, leaping forward to burn him to ashes, took a final look at his face of happy despair. Tears flowed from her eyes as she realized she had killed someone who tried to save her, not for her love, but for his father’s love.

(If you read until here to see why I chose Angie, congrats. So in the games Angie is an angel thing right? What was she before that, and why would she risk her life to save Kirby’s and Fluff’s? Simple, because she later killed herself so that she could stop killing others. Fluff was the last one she killed and the only one she remembers while reborn as an angel, so she protects Fluff and Kirby at all times.)

Prince Konpeki died and later got reborn as Prince Fluff, memories of his past life existent no more. Wandering around in Patch Land, he eventually got to the Yarn Castle. The Fleece Queen and the Twine King mistook him for their long lost son and took him in. Sadly, the Fleece Queen had business to deal with outside of Patch Land, and on the way, her carriage went missing. Fluff’s father, after hearing the news, finally snapped and disappeared as well, turning into Yin Yarn. Prince Fluff, memories of Konpeki coming back, ‘abandoned’ his kingdom and wandered around more and more in the grassy lands. He eventually got lost and attacked by a foriegn being, something he had never seen before.

(Then kirby finds him, they go on the plot of kirbs ebik yarn, and suddenly…)

When Fluff and Kirby finally defeat Yin Yarn, all of Konpeki’s memories flood back into Fluff all at once and he has a mental breakdown, he realizes he now has so many good friends, the end, happy endings galore. though i would like to give it a bad ending so badly-

Also, i got more story plot ideas based around the Kirby series, who wants em-

Here's my fairly lazy Prince Fluff pixel art, just made it today. I also made some Zan Partizanne pixel art a while ago as well but I'll probably show it later when I have finished the other two mage sisters.

Anyway I am still waiting for Fluff's return 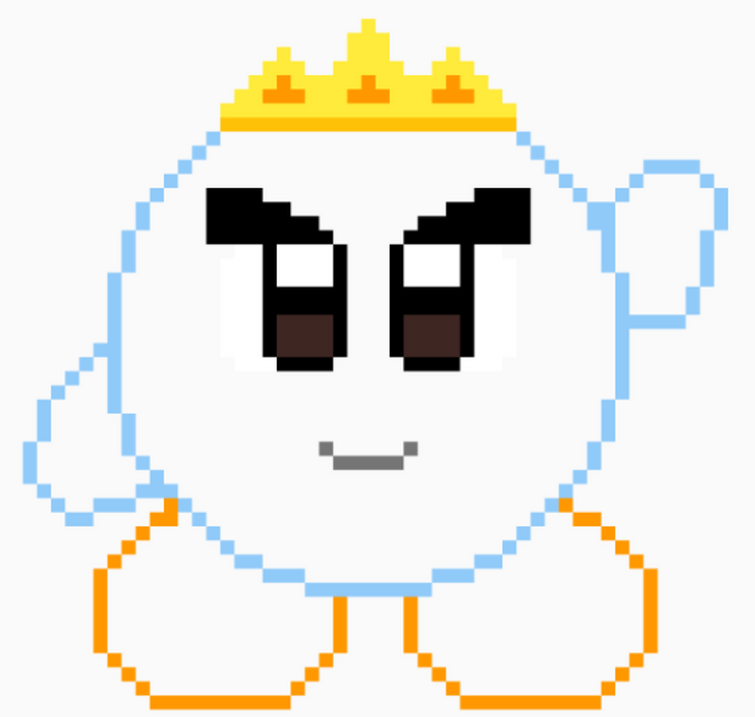 Prince Fluff
Yes
Yes but in a second option
He's totally not threatening me, I swear
He doesn't have a gun or anything
Totally isn't pointing it to my head right now
(S E N D H E L P)

I remember I freaked out when I saw this: 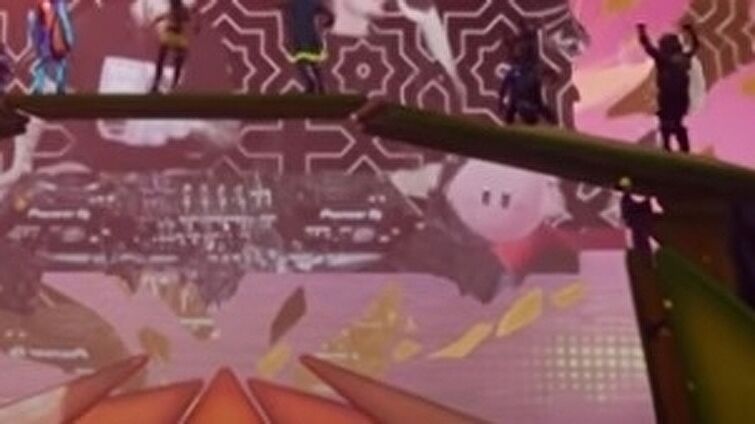 What was he doing there? In a fortnite trailer? My conclusion: That’s wighity whack.

What? Does anyone know why this happened? 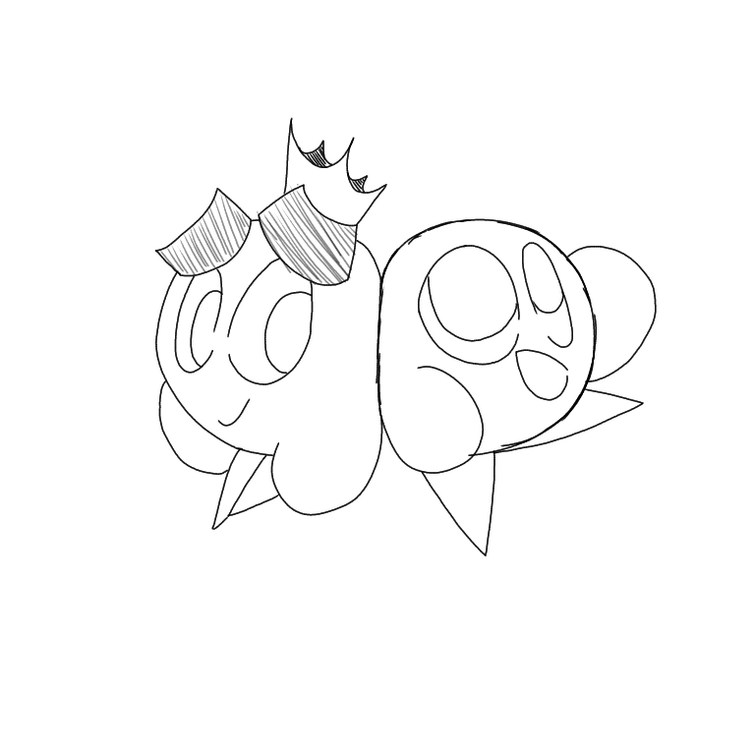 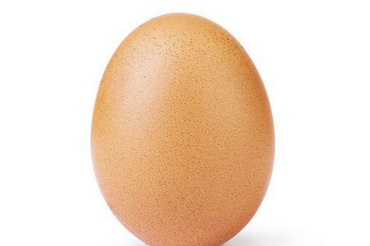 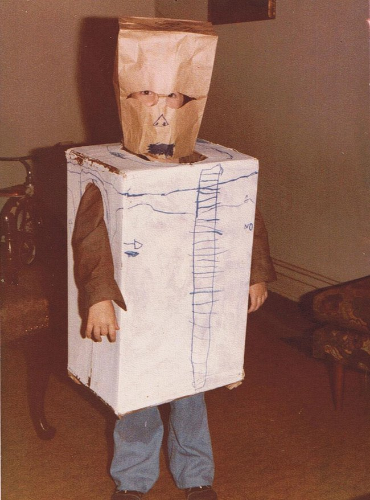 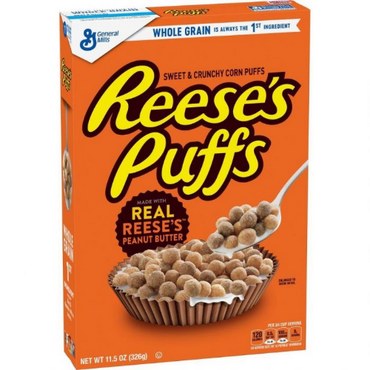