The Kirby series is an ongoing franchise of video games starring the eponymous character, Kirby, and created by Masahiro Sakurai and developed by the HAL Laboratory. It is one of Nintendo's most popular and best-selling franchises, selling over 35 million units since its debut. The series is... 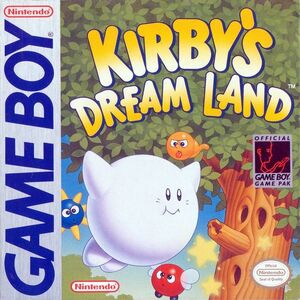 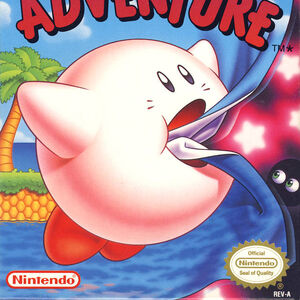 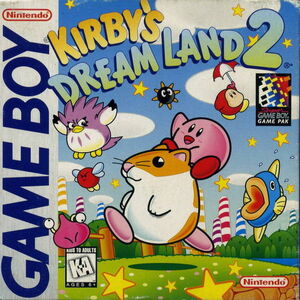 Few months ago
Few years ago
As long as I ca remember
I haven't played it yet. 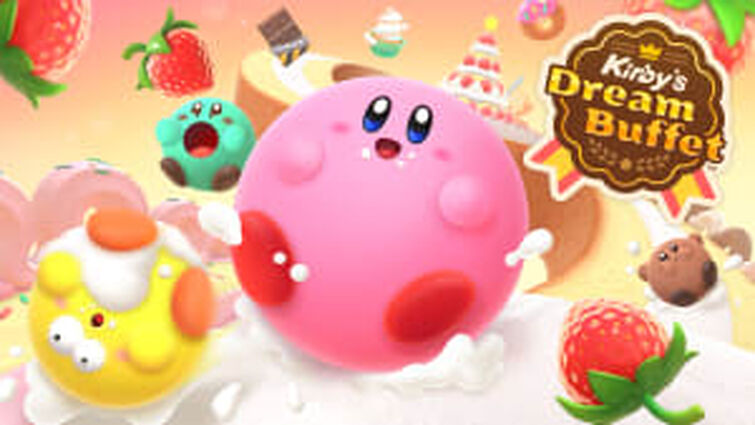 ok, we're talking about the same thing on all the articles? then I read the description on Nintendo's site, and I'm hungry now 😰. To summarize, tell me everything you know about this game so far And your opinion (if you have already an opinion 🤔❔❔❔) (without making me hungry, please)(⌐■-■)

Do you think we could have a new kirby tv series???

Aside from other kirby characters there's also Characters from Mother/Earthbound, fire bam, metal slader glory, revenge of the gator, boxboy, part time ufo, match by the number of steps etc.

This series is produced by Aardman animations and unlike the previous series Hoshi no kirby/Kirby right back at ya kirby can talk(similar to the Manga).

You're nuts if you think you'll get an actual answer though.

Your least favorite ANYTHING in the Kirby series 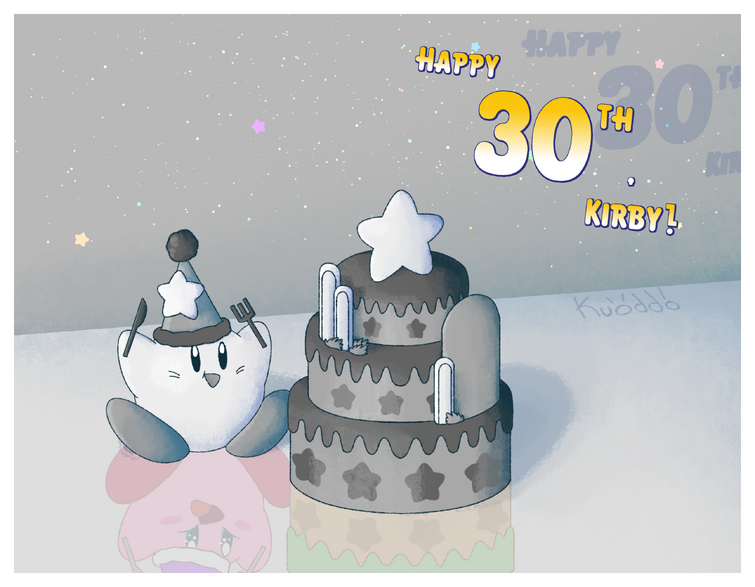 And also a special one too, as it is his, and all of the other characters in Dream Land, especially Dedede's, 30th anniversary! But we already know that, plus I'm probably late into posting this, sorry! It's nothing much since I didn't have enough time to draw up a bigger celebration piece, but nonetheless, I'm still quite happy, haha!

Here to another 30 years of memories, joys, and wonders!! ✨🎉 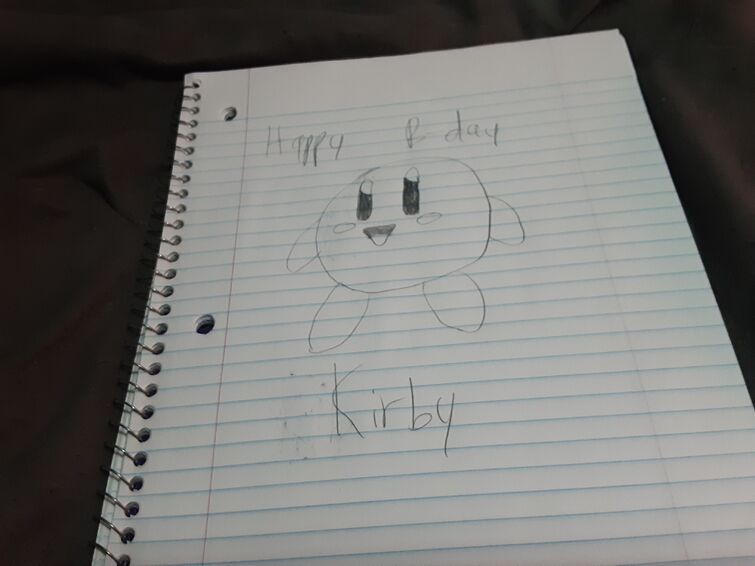 Hey guys, I'm back. I was gone for about 10 days because I was away on a holiday, but now that I'm back, I want to talk about Kirby's 30th Anniversary, which is tomorrow. In this post, I'm going to talk about my predictions for Kirby's upcoming Anniversary, so without further ado, here's my list of predictions:

This one is kinda obvious, but it's more than likely that this will happen. The games that will be on the handheld will perhaps be Kirby's Dream Land, Kirby's Adventure and Kirby's Dream Land 2, along with a Game and Watch game of some kind.

Ok, this one may seem farfeched, but hear me out on this one: It includes Dream Land 2, 3 and 64: The Crystal Shards and the graphics will be updated to match Star Allies. They could also include a EX mode which has harder versions of bosses including and the hard final bosses, a boss rush mode for each of the games, which so includes a True Arena like version for all of them, and will end with "Soul" versions of the final bosses of each of their games, and maybe even mixed copy abilities could not be exclusive to 64. They could also include lore about Dark Matter and draw connections with characters such as Void.

Kirby and the Forgotten Land DLC

This also has a chance of happening, but what would the DLC be? Well, we could get more copy abilities, exclusive bosses with their own Cup, and more lore depicting Leon and The Beast Pack. The world could also be Dream Land and have the aftermath of Forgotten Land get involved, with Leon helping Kirby and co.

For those who don't know, It's Kirby Time is a book series that released their first book about a fortnight ago. I'm pretty sure that the second book will release tomorrow to celebrate the anniversary, so this is a safe bet.

And that's my predictions so far for Kirby's 30th Anniversary. I may have more, but right now, this is all I can think of. I hope you enjoyed reading these predictions

Seeing how every Kirby game gets released every two or three years, it's most likely that the next Kirby game will be released in 2024, which is the 20th anniversary of Kirby & The Amazing Mirror. Kirby: Triple Deluxe also came out in 2014, the 10th anniversary of Amazing Mirror, and its cause was from the Dimension Mirror. So does that mean that the next Kirby game will be related to the Dimension Mirror in some sort of way?

Could someone fix that?

Kirby Games Have No Set Timeline According To CreatorsScreenRant

Like i do not think anyone will buy this at all cause we know the games and the lore and everything and now there saying there is no timeline? yeah that is something nobody is gonna believe at all.

And i know there are gonna be many folks angry about this and you know what i bet later on they are gonna say ''oh yeah he dose have one'' and make one just to like learn from there mistake cause we know every kirby game is canon we know damn well and i think they know it too.

But yeah this was Dumb what they said and i bet they will indeed regret about it sooner who knows when cause were not dumb HAL we know better and you should too.

Hello again, Kirby fans, if you ask: 1st: I already know about Forgotten Land and the 30th Anniversary stuff, and 2nd: I was pretty much inactive because of lack of motivation to draw and stuff (I'll probably be inactive more when KatFL comes out ... You know, spoiler problems ...)

But enough of chatter, today, I wanted to submit this "weird/interesign" meme that I did about the "Tag Yourself" (you know, you say who you are more identified with a character), but this time, I decided to do it with many versions of Kirby (I was inspired with the "Kirby Multiverse" post ...), many stuff here will probably be headcanons or jokes, but I want yourselfs to take this with care and humor. Well, here's it! 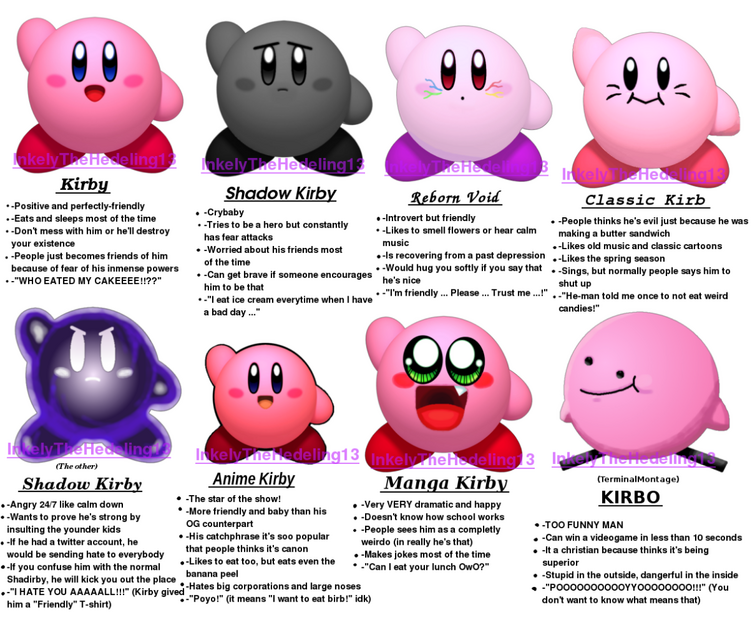 (1st: Yep, I did these crappy edits by myself (except OG Kirby), 2nd: Yep, that Reborn Void of there I made it (I will probably explain more of him in some point, and 3rd: I identify with Void and Classic Kirb XD) 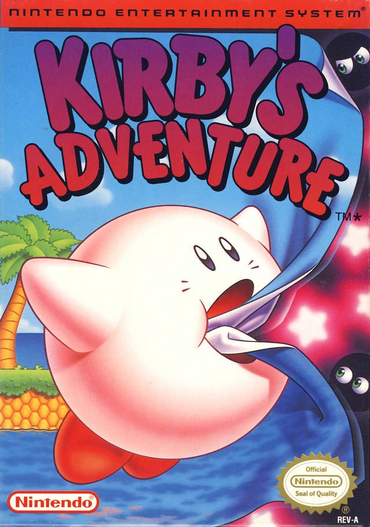 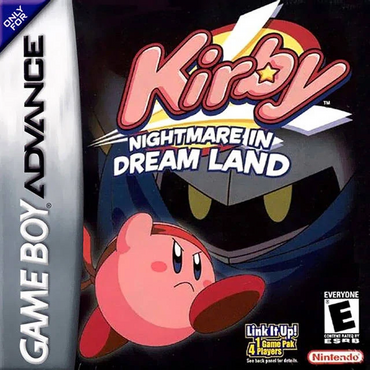 I have heard in the description of a DA drawing that said that in a instruction manual of Kirby's Adventure saids that if you cuddle Kirby he will purr like a kitten ... It's that true? In what instruction manual saids that? Because as I have seen in all my life as a Kirby fan, Kirby was never cuddled in a official media .... I just want to know ... 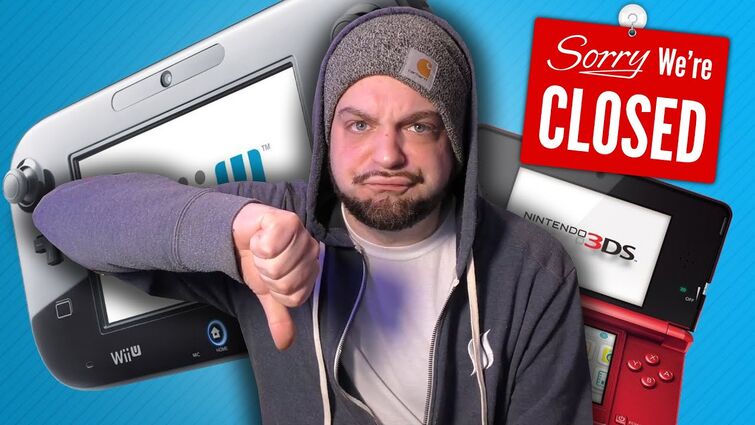 It's OFFICIAL: Nintendo Is SHUTTING DOWN Wii U And 3DS eShop SOON!YouTube 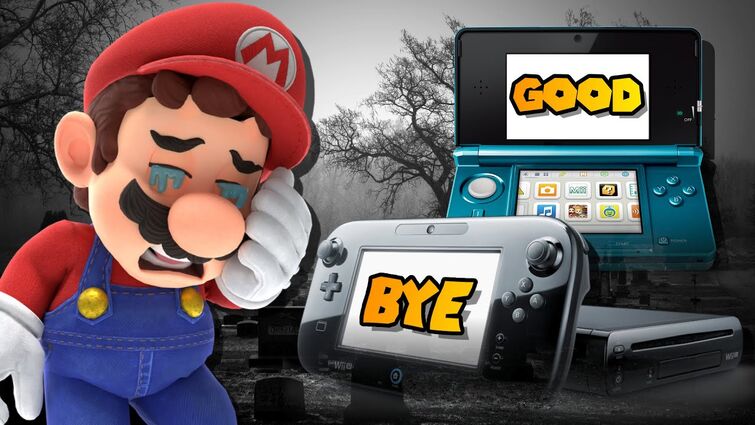 Nintendo SHUTTING DOWN Wii U and 3DS E-Shop Forever!YouTube

Cause there are games that you cant get anywhere else like Kirby's Blowout Blast and others and lets not forget the many kirby game boy games too cause there not on the switch.

So yeah folks you better get them soon or else cause who knows if these games will ever be available agian.

Hello fellow Kirby fans, yep, I know about the new Forgotten Land trailer (it was funny (a little disgusting too) and interesign, I really want to do a Carby Meme with a Regular Show reference), but i'll talk about my opinion later ...

Today's Valentines' Day, a day about love and friendship, and what Kirby game talks about it? Star Allies, of course! So I want to submit this Cupid Kirby card if you want to spread love with your loved ones (and if you ask me, i'm a minor and I don't get to much about couples and such XD), here's it! 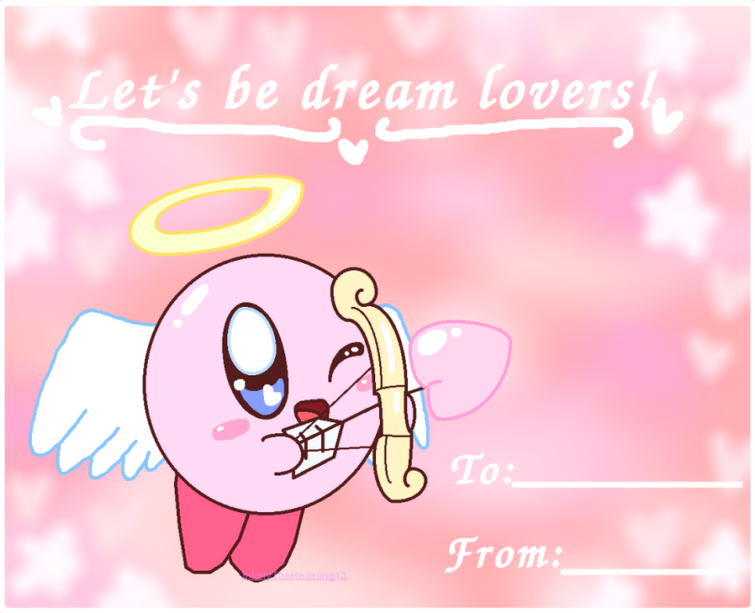 (And yes, I know that there's already V-day cards made by HAL, but I wanted to submit this 2 years ago, and here's the oportunity, soooo right ....)

So, I took this little screenshot I made here. 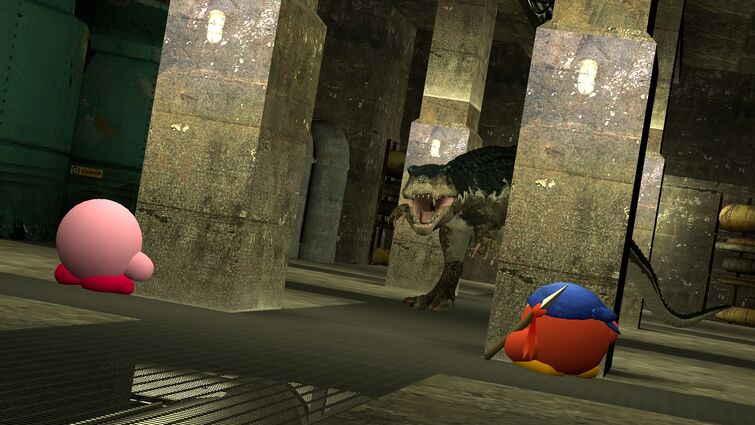 This description I made fits this pretty well:

"After Kirby and Bandana Dee got separated by Elfilin while exploring the Forgotten Land's city sewer system, the two heroes decide to travel through the murky dark tunnels and corridors of sewage hoping to find him, but they didn't know something was down here stalking and hunting the duo thought to be extinct..."

Hello, fellow Kirb fans. Since 100% Wolf Legend of the Moonstone's 2nd Season has ended (but I need to watch some episodes I din't seen ...), and Kirby's 30th Anniversary it's on the way, I decided to make a sequel of my "I tought he was called Kirby" doodle, but with more interaction! Here's it:

Well, now I'm going to explain some things of this dood:

(And sorry for my ausence, I have some problems with my teeth, and my family it's busy with some problems. I hope to post something more Kirby-related soon! ...)