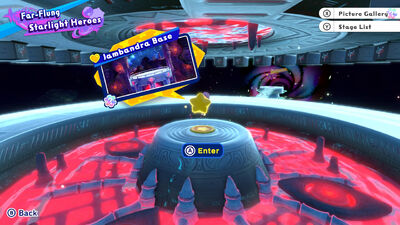 Jambandra Base is the penultimate stage of Far-Flung - Starlight Heroes in Kirby Star Allies. It begins with Kirby and his friends descending on an elevator-like platform, whereupon they traverse the space station for the rest of the stage. Jambandra Base mainly focuses on the Friend Circle and... 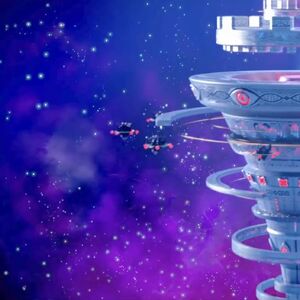 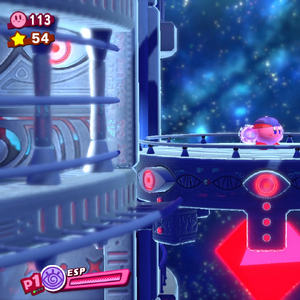 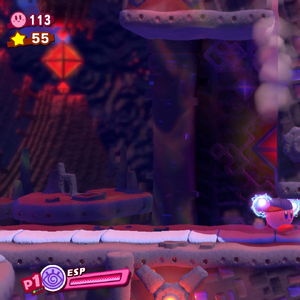 (TL,DR at the bottom)

If you read of you read all of the three mage sister's soul melter ex descriptions, they say where they almost died. 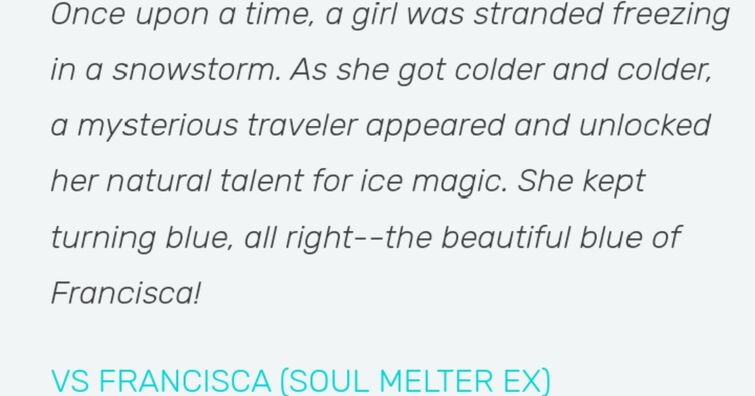 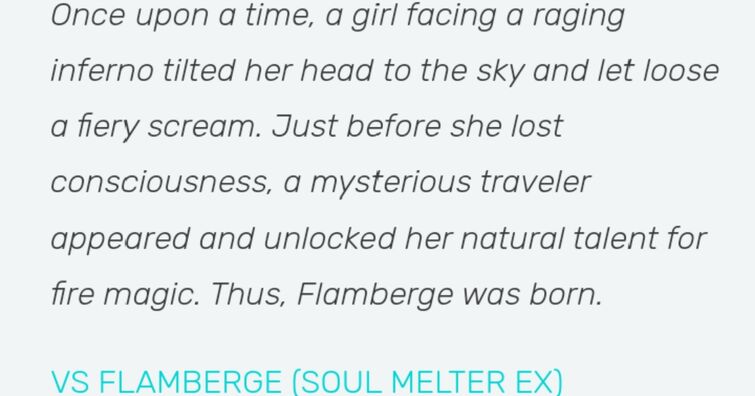 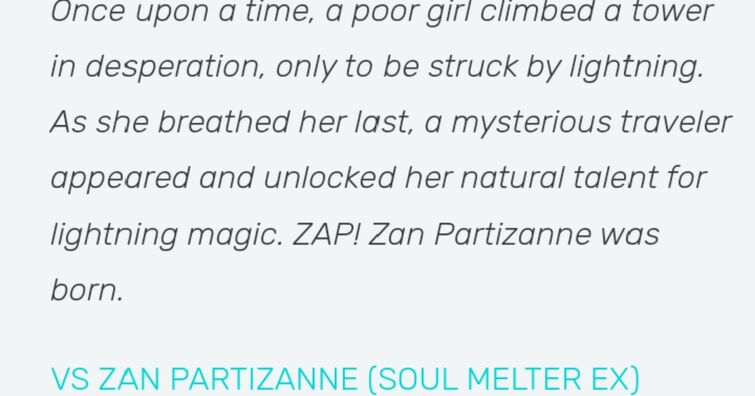 But take a look at this 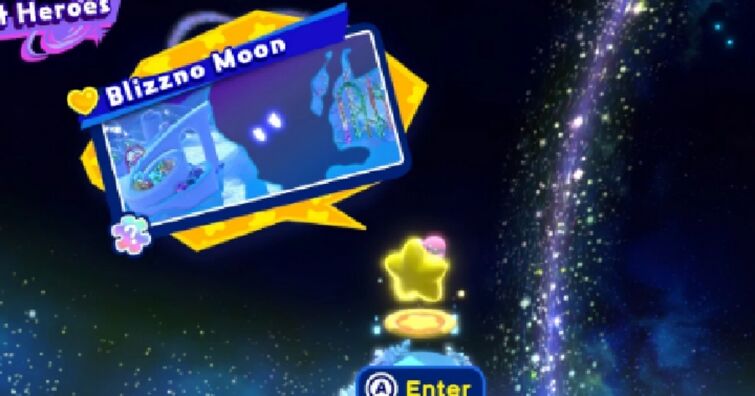 Francisca is fought on blizzno moon. She also almost died in the middle of a snowstorm, and blizzno is an etymology of blizzard, which refers to the cold environment. That meas that she could've almost died here. 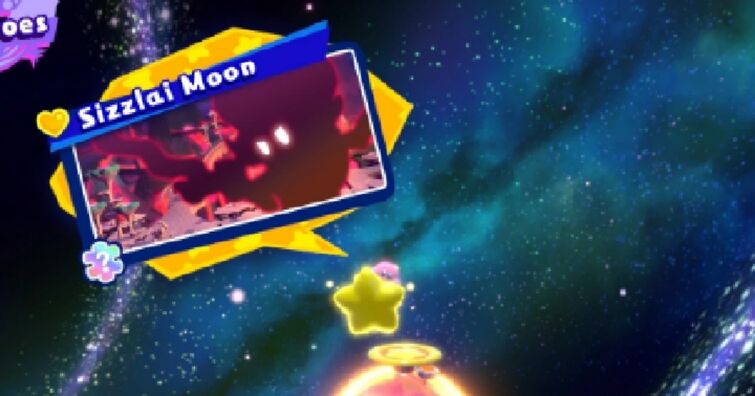 Next, Flamberge is fought on sizzlai moon, and almost died in a raging fire, and sizzlai is an etymology of fire, which refers to it's fiery environment. So she possibly could've died there or on star lavadom. 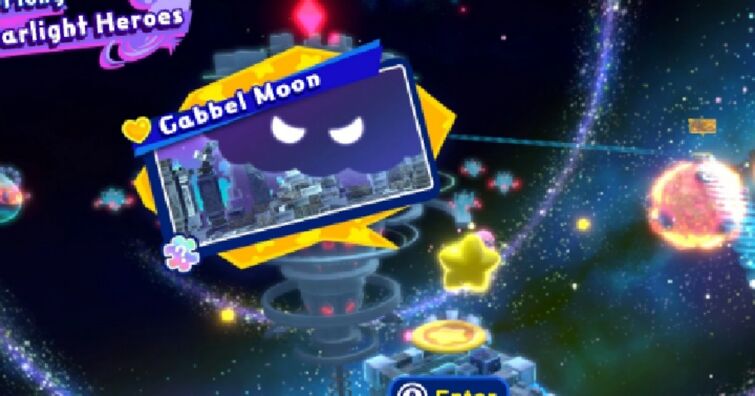 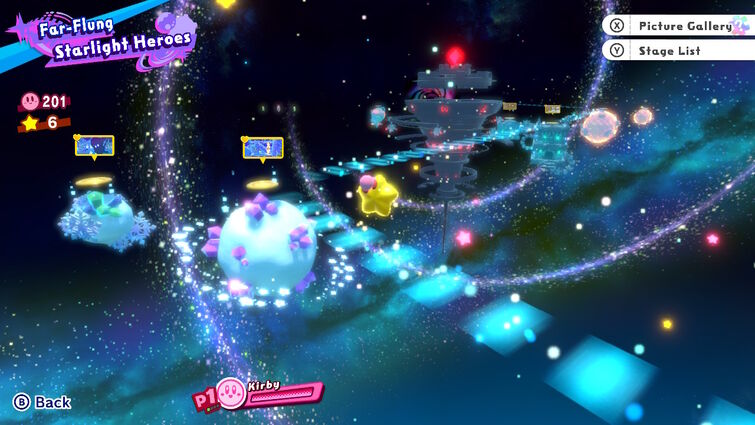 Also these moon's planets are the closest ones to jambandra base

(I don't know if that's necessarily important, but I felt like I needed to include it.)

So this all must mean that the three mage sisters possibly could've almost died on the 3 closest planets(or at least their moons) to jambandra base.

(TL,DR: the 3 closest planets to jambandra base, or at least their moons, are where the 3 mage sisters almost died on)

(Basically this is ANOTHER reboot of my old story, Marx, Kirby, and the Divine Terminus. Don't ask why it's capitalized like that, it just is.)

(You all know who Marx and Kirby are, but I need to set the stage... The two of these guys heard about a massive Heart across the galaxy, and Kirby for some reason wanted to go look at it and forced Marx to come along. THEY'RE FRIENDS IN THIS TIMELINE SO JUST GO WITH IT. Some of you might actually remember the original story, but this one is kind of rewritten with some integration of the reboot's plot points so um-- WELL YOU'LL SEE.)

*Marx and Kirby crash land in Jambandra base*

Marx: This place looks like heck, do we really have to be here?

Kirby: (Um to be clear I'll put everything he says as actual words but it's kind of a Poyo poyo code language, in the original story he talked and in the reboot it was all Poyos so happy in between I guess) YES! THIS IS THE ONLY PLACE IN THE GALAXY WITH A GIANT PURPLE HEART!

Marx: Well, you have a giant black heart, isn't that close enough?

Marx: HOW'D YOU AFFORD TO BUY A PHONE AND PAY FOR UNIVERSAL SERVICE?

Kirby: I spent all my money.

Marx: WELL HOW DO YOU GET FOOD?

Kirby: By working and playing among the heavens.

Marx: No in America will get that reference.

Kirby: Nobody who wasn't here in 2018 will get that reference.

Marx: These guys are really weak, I thought the deeper in the galaxy we got, the stronger things got.

Kirby: No, we are the deep part of the galaxy.

Kirby: No it doesn't, I was making it up.

Kirby: Where'd you hear that people got stronger deeper in the galaxy anyway?

Kirby: Oh, I was just making that up too.

*They don't talk for a while, they reach the Divine Terminus after about 3 minutes*

Marx: But an old guy's blocking it.

Marx: Isn't that just what you always do?

Kirby: Only if it's not in the first reboot! That one had an actually compelling world and interesting battles, those days are long since over!

Marx: I have no idea what you're talking about, I'm supposed to be the one who breaks the fourth wall all the time. Everybody knows that.

Marx: That is literally the worst line I've ever heard.

Kirby: YOU'RE LITERALLY THE WORST LINE I'VE EVER HEARD

Marx: YOU'RE THE WORST REMARK I'VE EVER HEARD

*Kirby tries to suck up Hyness and winds up with a spear punctured through him, stuck to the ground*

Kirby: HEY! IN THE ORIGINAL STORY I NEVER GOT INJURED!

Zan: It's Fran's job to address fourth wall breaks, I'm just here for when she says stuff instead of doing it.

Marx: Did anybody else notice that this addresses its.status as a reboot so much that it can neither be funny and random like the original or compelling like the reboot?

Marx: Thanks, KBSU on Scratch, for giving us this hideous abomination of a personality for Kirby.

Zan: ANYWAY NOW I'M GONNA KILL YOU OR SOMETHING

Marx: If you don't do that I'll give you a beach ball.

Zan: Why would I want a beach ball?

Marx: I mean, you never know if you might search the entire galaxy for happiness and wind up on a beach.

Marx: Because of this.

*The entire place explodes and every bit gets sent flying*

Kirby: ARE WE ALREADY USING A SCENE FROM THE TAIL END OF PART ONE IN THE ORIGINAL REBOOT?!?!?!?!

Marx: Of course not, this is actually a reference to the original.

*The Heart absorbs Hyness, who was the old guy they were talking about if you for some reason need clarification*

Kirby: OH NO! THE HEART IS STARTING TO MOVE AROUND IN VERY PREDICTABLE PATTERNS! RUN FOR YOUR LIFE!

Marx: We can't run because the whole place blew up.

Kirby: Didn't it have an energized core that made it reform...?

Marx: Didn't I say this was a reference the original and not the first reboot?

Marx: Apparently the creator decided to give me the powers of Marx Soul+ from the first reboot, not the best idea since Kirby only beat me in that state by using an insane strategy that sounds like something from a Shonen anime, don't expect any of that here.

Zan: But didn't Marx Soul+ make you go crazy or something and wasn't it formed out of the remains of a Nova??????

Kirby: Yeah but then I absorbed them with star power and replaced his body with a warp star's broken pieces!

Marx: You forgot the part where we fought after you copied my powers and then it turned out you were just trying to get close enough!

Kirby: Sadly, this is a completely different time line.

Marx: Yeah, one where I can't even joke about my nametag because it's different now.

Kirby: Wait, isn't something supposed to happen when the heart absorbs--

*Void erupts and blows Kirby, Marx, and Zan away to a nearby planet*

Can anyone give me some music that consists mainly violin besides the Jambandra Base? I need some for inspirations.

(edited by Void Termina the Destroyer)
Jambandra Base