The first was this anime comic called "Starliner" by thewinterraven on Tumblr: 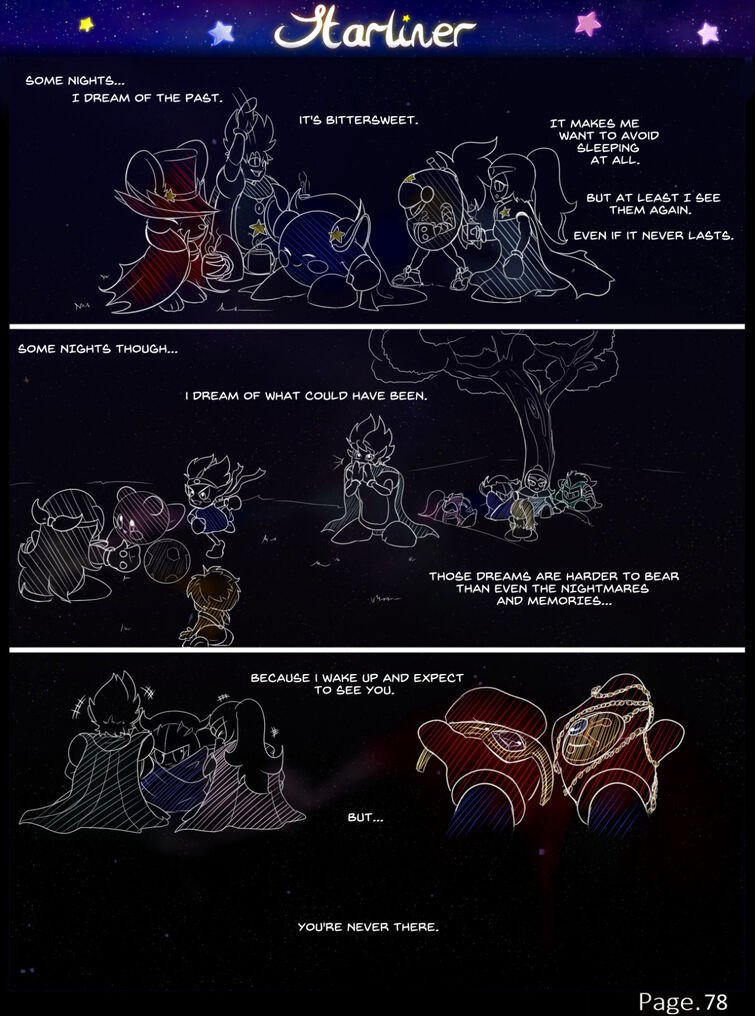 The second was a fanfic called "Master Thief" on AO3:

"As the leader of the Squeak Squad, Daroach doesn't mind a bit of chaos; it keeps things interesting. But he never anticipated this. After his beloved airship crashes to Dreamland, Daroach finds himself matching wits with a king who has a terrible sense of aesthetics, a knight determined to make Daroach accept his grand destiny as a Star Warrior, and a failed ninja student who insists on being a thieving protege."