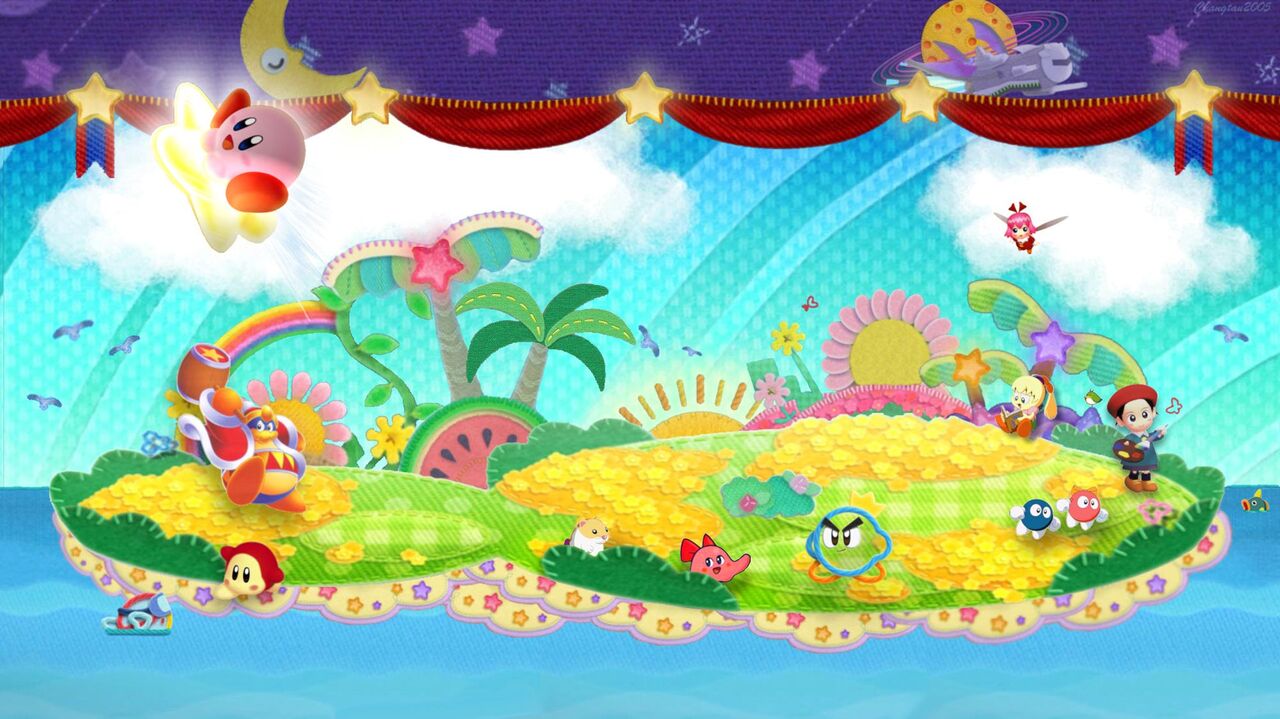 There's even a character in Planet Robobot called SUSie. 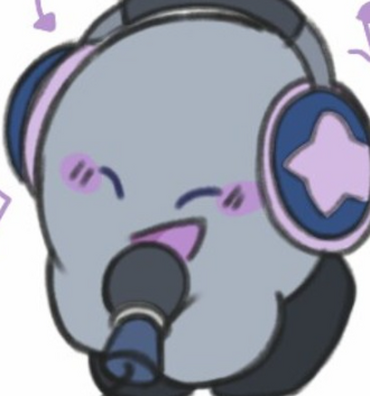 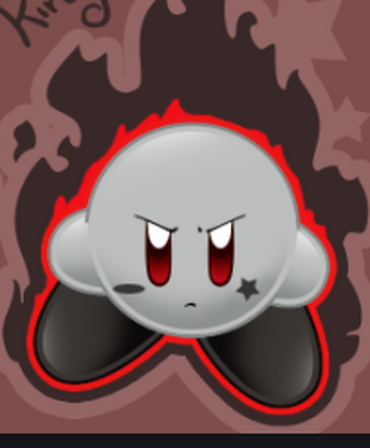 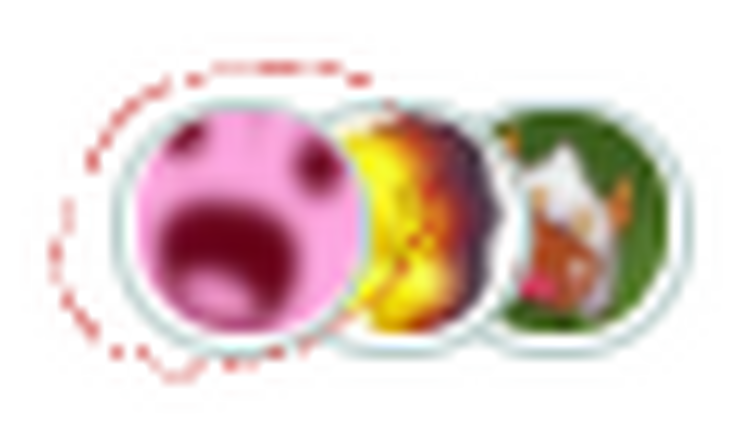 Reply to this with your fan-made characters that you want me to re-draw! 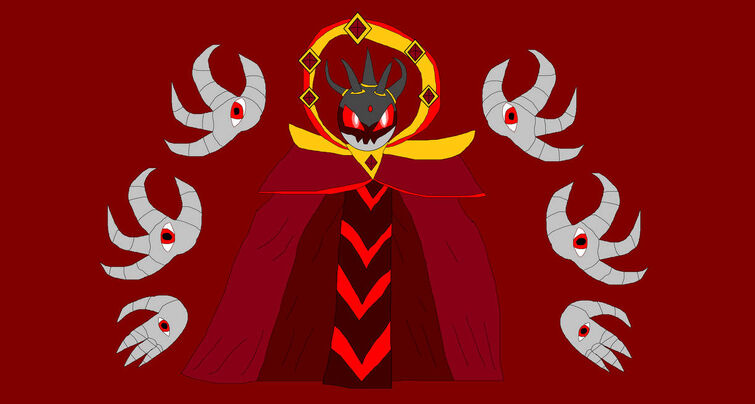 The Original Dark One and Ruler of the Krystalline Empire before he was purified by Kirby and his team after the events of return to dreamland.

"You puny Puffballs will fall at the Hands of Ciardhs, Ruler of the Krystalline!" 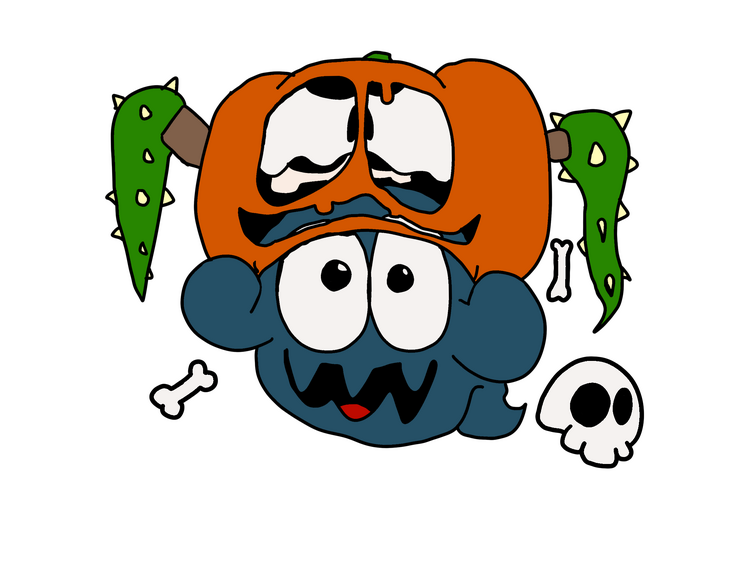 Cohst: A giant specter that haunts a derelict mansion on top of a hill. It and its posse of other natural ghosts have been guarding it. It uses different covers as armors for combat, The Pumpkin uses whips, fireballs, and seeds, the Sheet allows it to throw chairs and pots, and the Skull gives it the use of bones in the Mausoleum it's fought in. 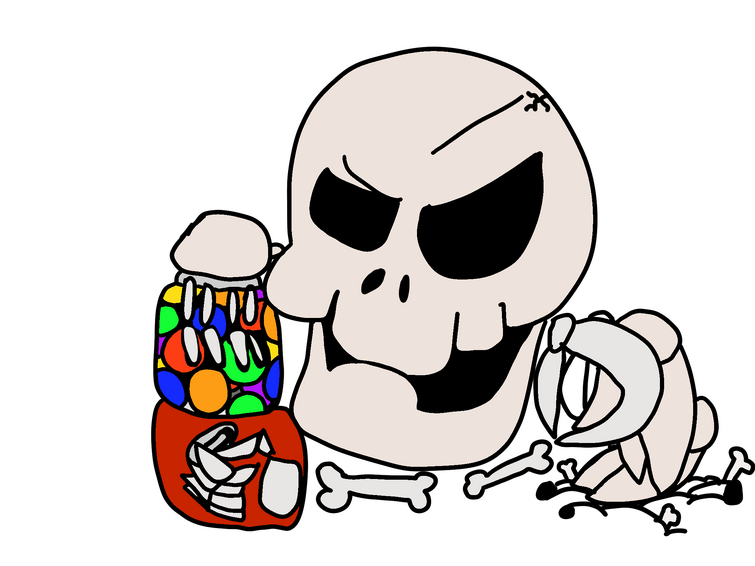 Gachadokuro: A gigantic Skelton that has developed a gambling addiction. It uses one of its vertebrae disks as a coin to pull out capsules, it will never let anyone take its long-desired gold capsule as long as it still roams. Unlike the rest of the Skeltons, it resides outside of the mansion. Beware its unpredictable attacks from its miscellaneous capsules.(VW5iZWtub3duc3QgdG8gaXQsIG9uZSBvZiB0aGUga2V5IHBpZWNlcyB0byB0aGUgZ3JheSBzdG9uZSBpcyBpbiB0aGUgZ29sZGVuIGNhcHN1bGUu). 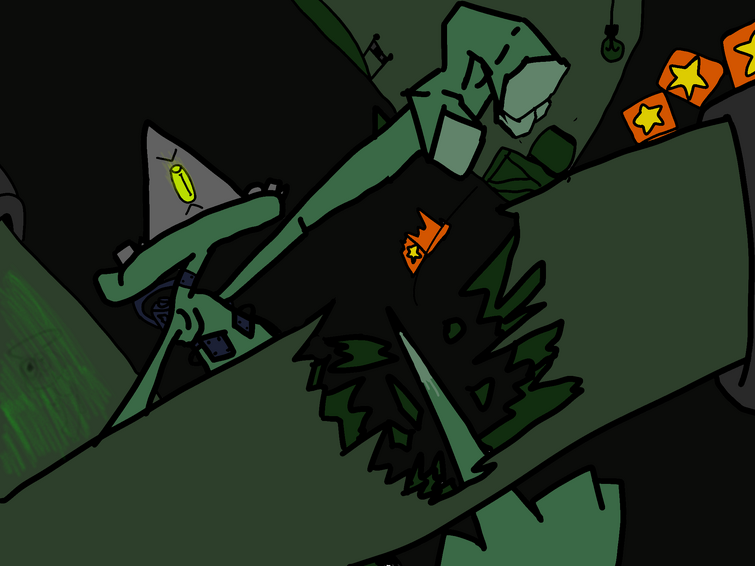 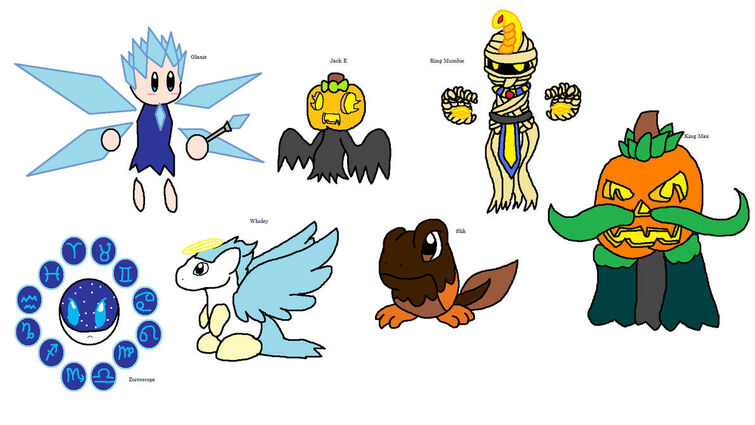 Ability:MummyKing Max-A pumpkin like miniboss that attacks with cursed flames and vines

Slik-A tadpole like enemy that slides though the stage and shoot oilAbility: Oil

Zorroscope:A horoscope like miniboss that changes depending on which symbol it choses

Info:Zodiac ability is a rare yet powerful ability where Kirby can turn into any zodiac 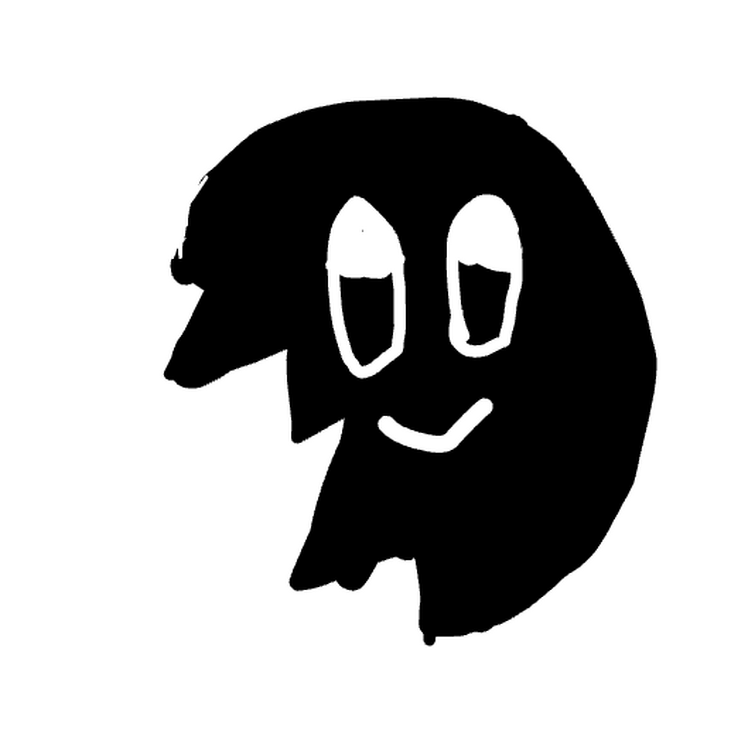 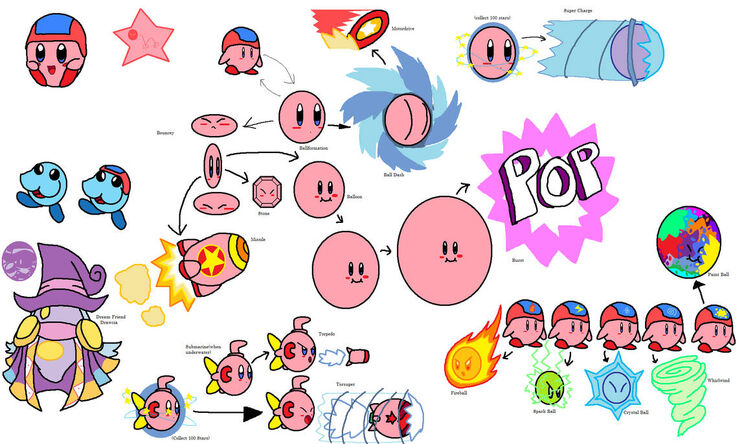 So back on the copy abilities for Kirby and it's another upgraded ability and it's the Ball Ability..with this ability i went with most of the elements from Canvas Curse with abilities and with a bit of Rainbow Curse in it from the charged attacks and one transformation(the other two will be with the Clay Ability)..anyways here is the return of the Ball Ability as well as Drawcia as a Dream Friend(since she did turn Kirby into a ball after all)...so i hope you like it 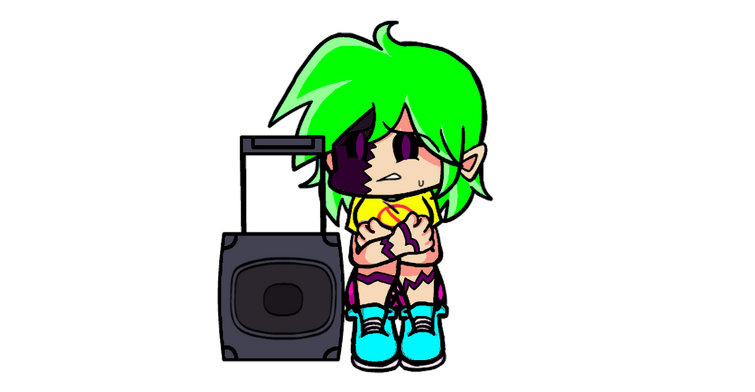 tell me your biggest fear
tell me (or draw) a weird character from kirby
number 2 was not finished so you can press two
when its done on 5
part 2 of 2 can be someone you find weird or some1
part 3 of 2 you dont like then show me! 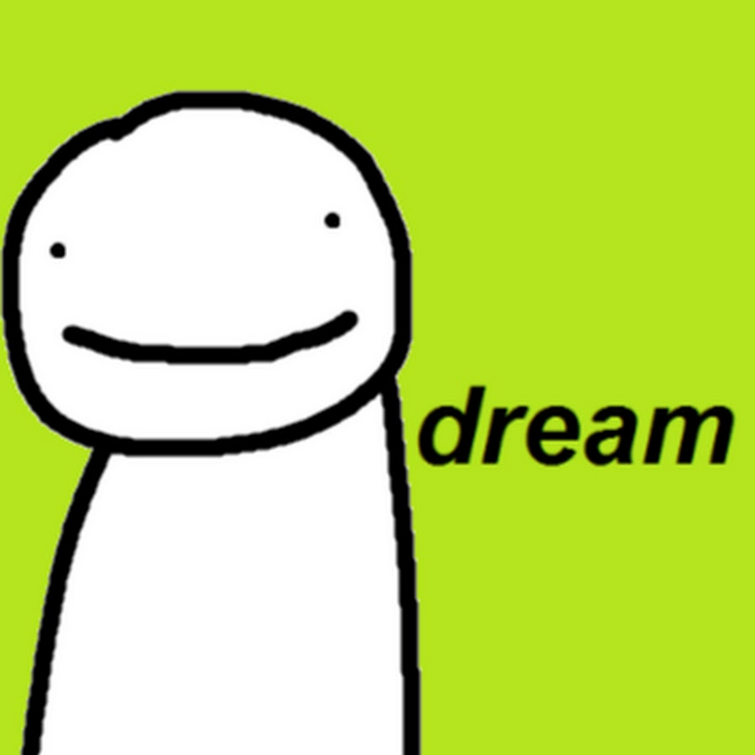 I'M NOT A DREAM STAN OR FAN 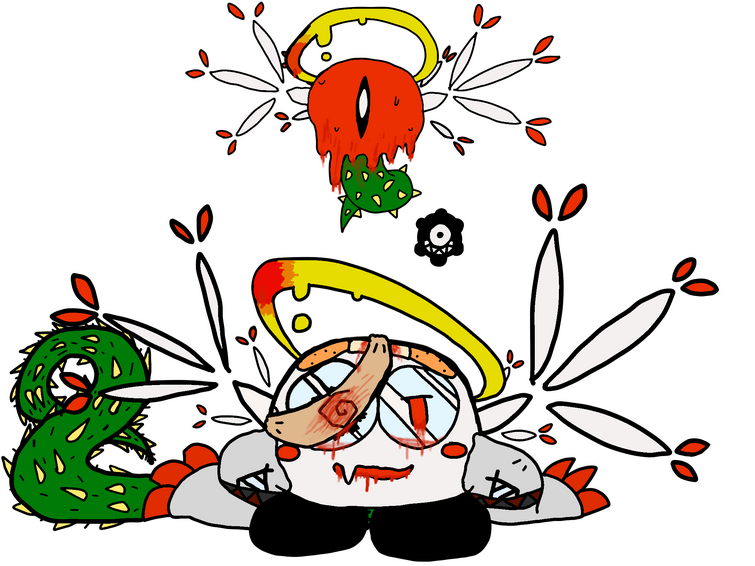 IT'S TIME FOR THE ELECTRONIC ENTERTAINMENT EXPO.

Or as the kids these days call it.

I can't wait for the next Smash fighter to be completely underwhelming along with something going wrong at Microsoft's panel.

But man if I ain't excited.

Pray for NEW Kirby game, and by new I mean NOT ANOTHER 2D PLATFORMER THAT THE KIRBY SERIES HAS BEEN UNABLE TO STARY AWAY FROM FOR ALMOST 30 YEARS. Or a remake thank you very much.

Also this is the first post I've made in a while sorry about that.

E3 SPOILERS AHEAD! LOOK AT YOUR RISK!

Gearbox E3 was awful. all they really talked about was their Borderlands Movie. I mean, it looks fine, but I would like to see GAME. 1/5 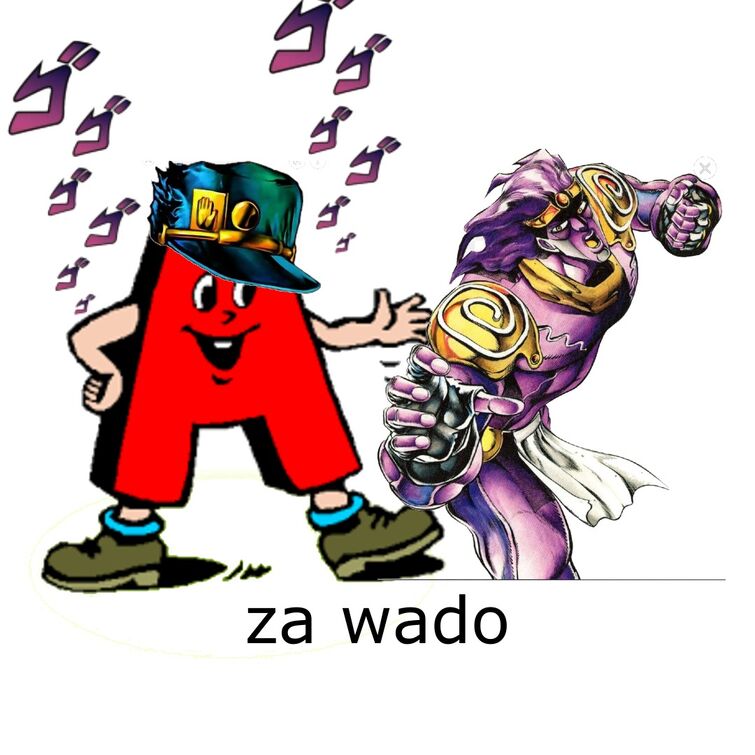 (i know literally nothing from jojo besides meme quotes lol) 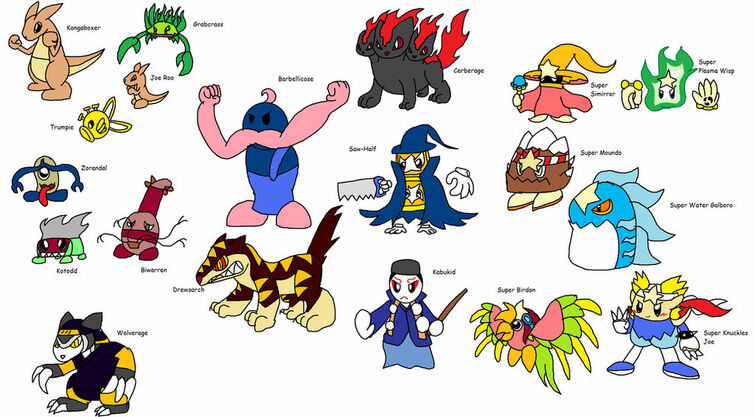 Kangaboxer: A kangaroo-like miniboss that attacks with various punches and spawns Joe Roos out of its pouch.

Joe Roo: A small kangaroo-like enemy that attacks by jumping on foes and punching.

Grabcrass: An enemy resembling literal crabgrass that pinches foes with its claws and shoots explosive nuts out of its claws.

Trumpie: An enemy resembling a trumpet that shoots sonic blasts out of its mouth.

Zorandal: An enemy based on the Bake-Zori of Japanese mythology that runs at fast speeds.

Speed Kirby has the ability to run fast. He can run up walls and on ceilings. Speed Kirby uses his speed to defeat enemies.

Barbellicose: A miniboss resembling a circus strongman that attacks foes using its barbell.

Biwarren: A miniboss based on the Biwabokuboku of Japanese mythology. It makes sonic waves by strumming itself and whacks people with its biwa lute.

Kotodd: A miniboss based on the Kotofurunushi of Japanese mythology. It attacks by whipping with tentacle-like strings and playing itself to create sonic waves.

Saw-half: A miniboss based on the famous magic trick of sawing people in half. It can split into two entities and attacks by throwing cards and cutting foes with its saw.

Cerberage: a miniboss resembling Cerberus that attacks by shooting fireballs and biting with its three heads.

Drewsarch: A miniboss resembling an Andrewsarchus that shoots dirt balls out of its mouth and bites enemies.

Copy Ability: Animal.Wolverage: A miniboss resembling a wolverine. It attacks by scratching with its claws and shooting shurikens out of its mouth.

Kabukid: A miniboss resembling a kabuki actor that attacks by shooting beams and whacking foes with his rod.

Based on the anime, Kabuki Kirby attacks foes with his rod and can shoot a beam that can devastate enemies.

and i wanna finished this with 6 Super enemies I made from the actual enemies in the Kirby games,so let's talk about them

Based on the title of the Kirby game,however when Kirby has this super ability he'll create dimensional mirrors and will go in each one of them with a single strike and then turns the mirrors into wind

Copy Ability:Thunder DrumWhen Kirby uses this move Kirby will bang the drums and then conduct lightning at his opponents,also can create tornadoes and storms with this super ability

When Kirby uses Gaia,he'll casts earth like powers with a dynamic strength,and each stones are goin to be random statues

Kirby will create a massive waves of water and also huge water sprouts with sheer force,in water levels the power of it is out of chart,however in grasslands kirby can use it around dryer areas and uses this ability to bring it back to life

Kirby will do wind based attacks and also can do alot of sonic booms,and also in the process turns into Dyna Blade and strikes at his opponents 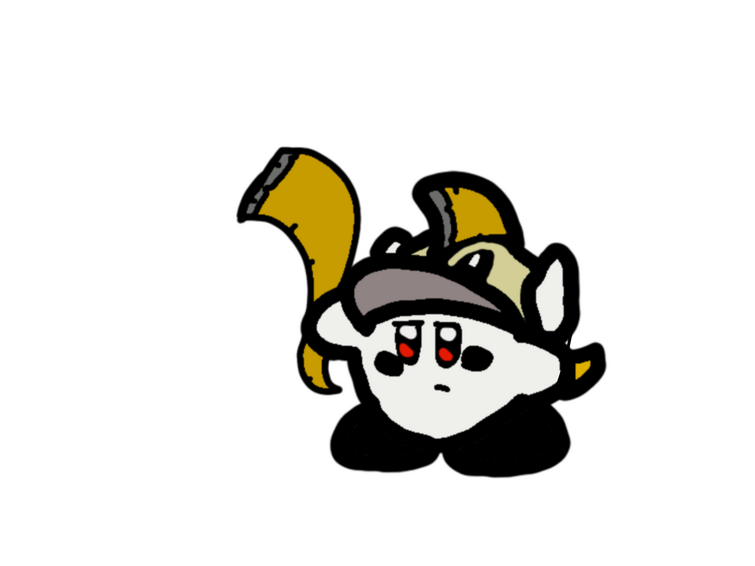 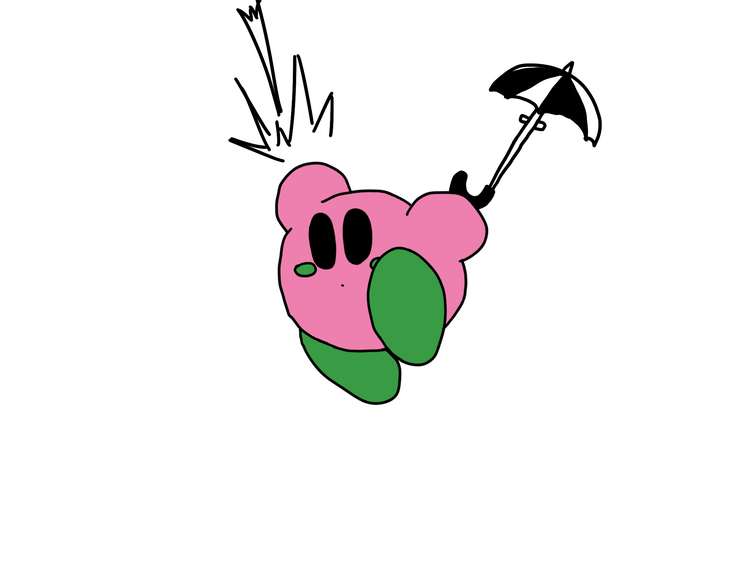 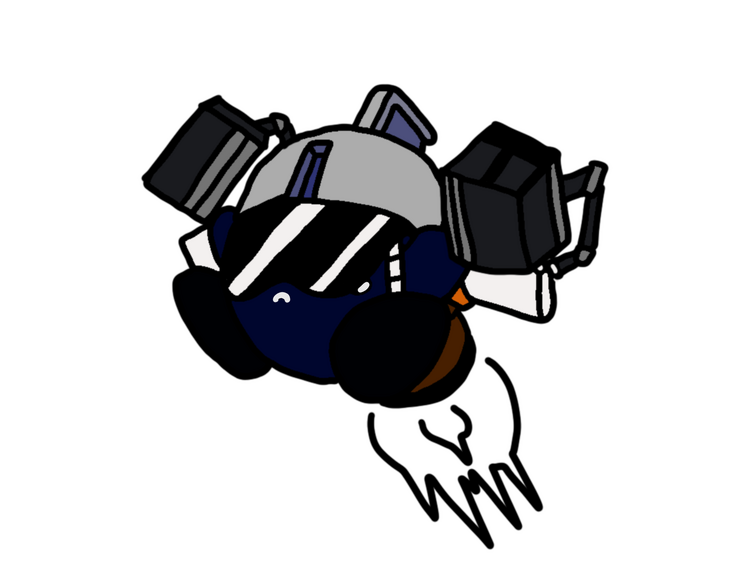 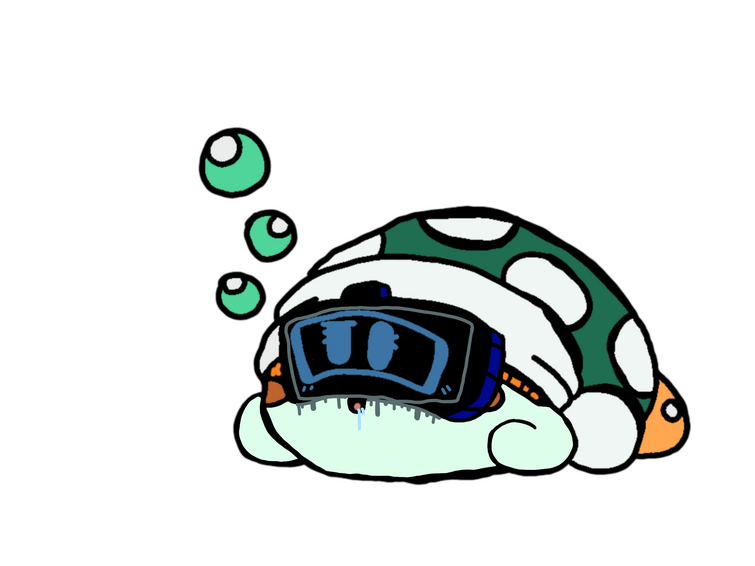 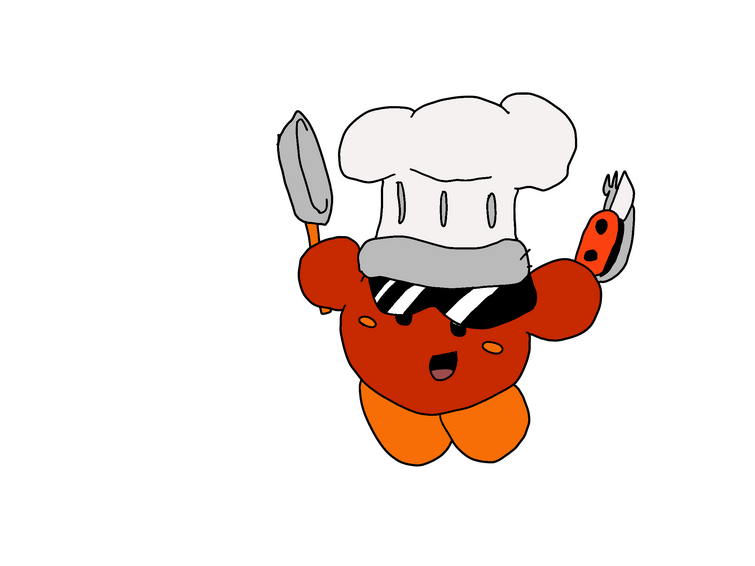 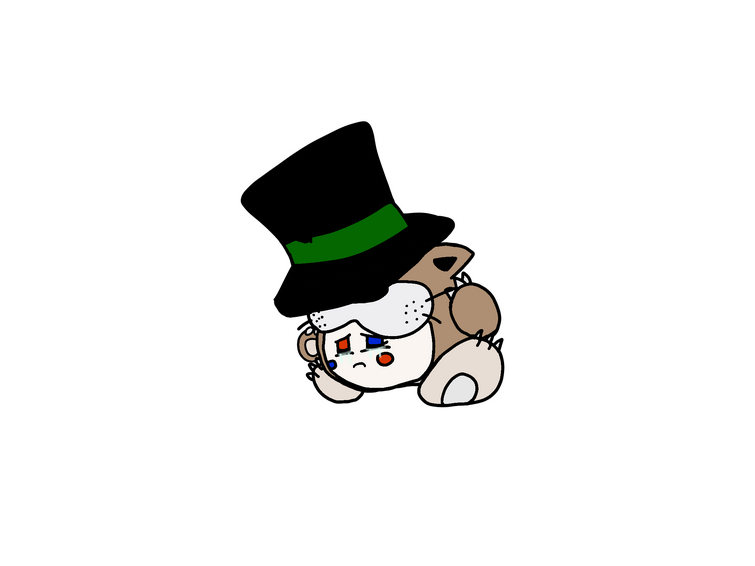 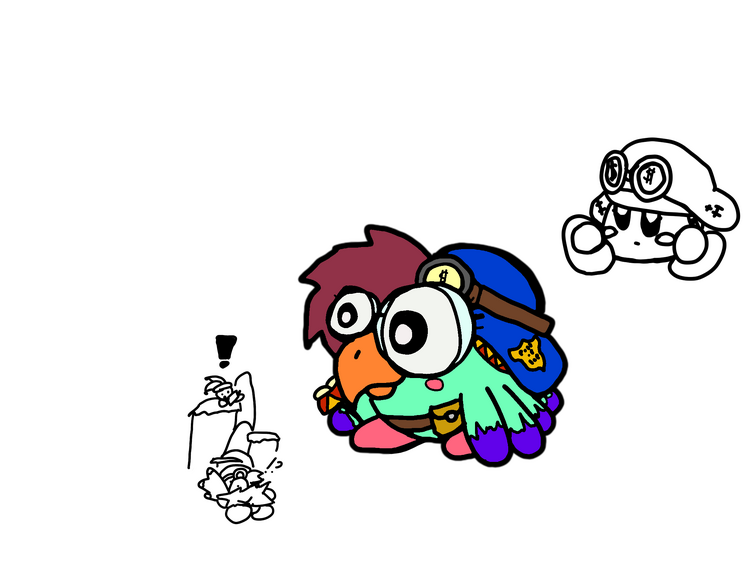 Try and figure out who these are and the match they have.

(These are based on The Seven Deadly Sins. Guess which sin they match to, and I shall reveal their name).